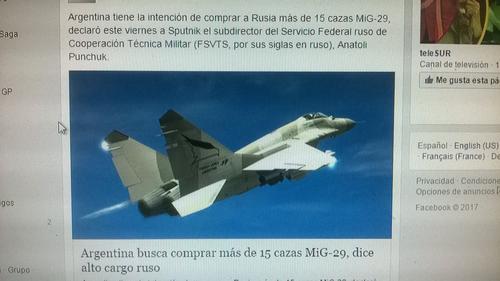 The new radar will be installed into the Russian Aerospace Forces' new MiG-35 multirole combat aircraft and retrofitted as part of an upgrade programme for the MiG-29 'Fulcrum'.

"Phazotron-NIIR is completing manufacture of the first AESA radar for the MiG-29," the source said. "In December we will assemble the unit and deliver it to the RSK MiG corporation that will integrate it onto a specially prepared fighter jet … and trials are scheduled for early 2019."

"The whole process is planned to be finished in two years - we will manufacture four radars, integrate them onto fighters and conduct [further] tests," said the source.

An export version of the Zhuk-AME - known as Zhuk-AMEh - was unveiled at Airshow China in 2016. According to the source, several foreign MiG-29 operators have expressed interest in the sensor, with one of these potentially fielding AESA-equipped 'Fulcrum' before Russia.

Performance details of the new system are scant, but the manufacturer claims the Zhuk-AME can detect aerial targets that are around 160 km away and can simultaneously track up to 30 targets.