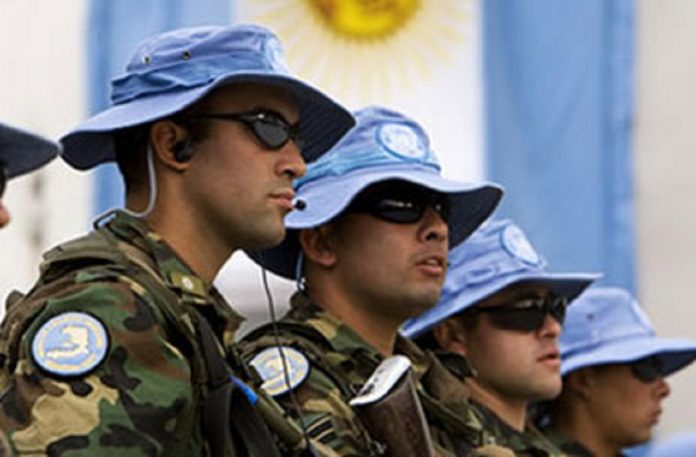 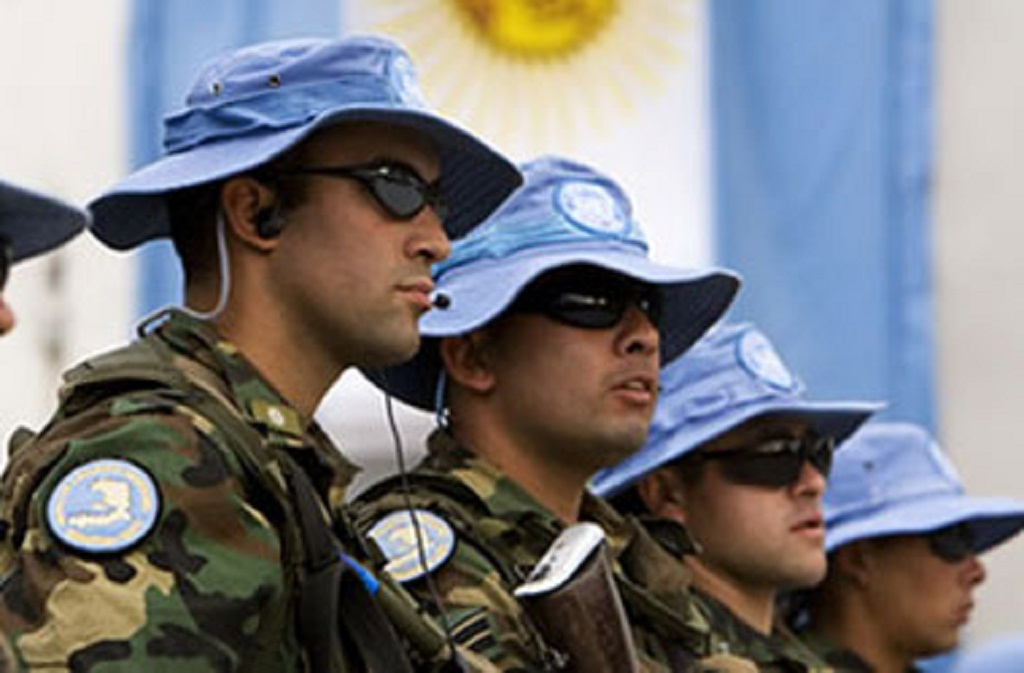 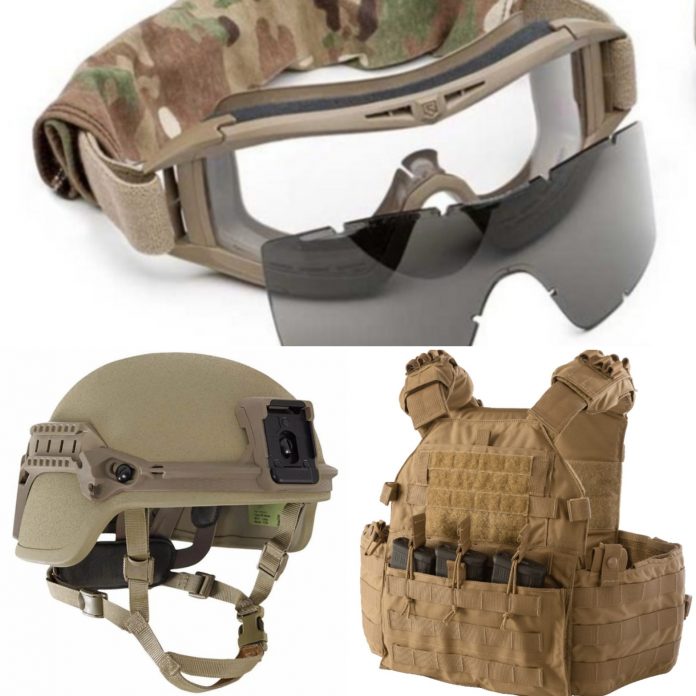 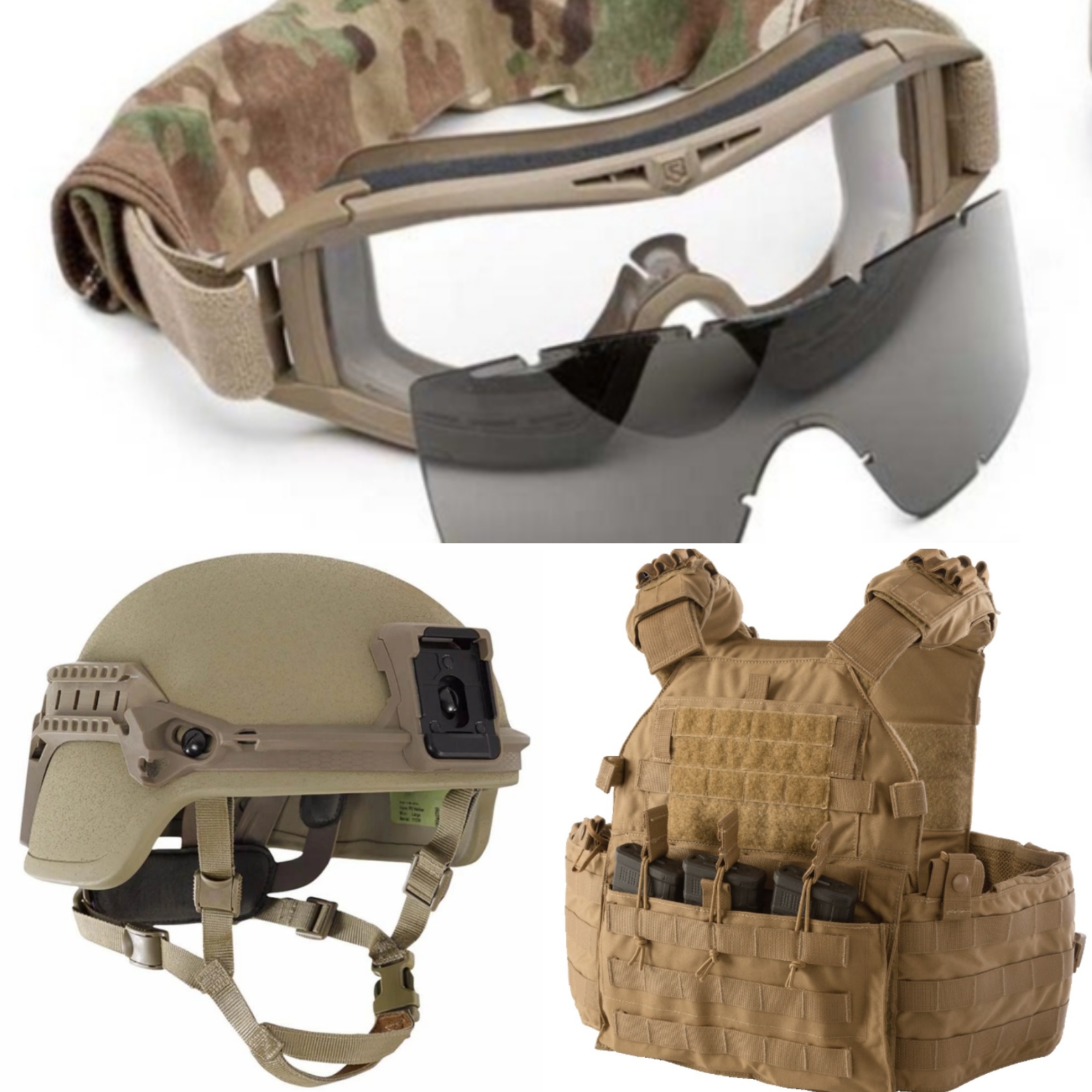 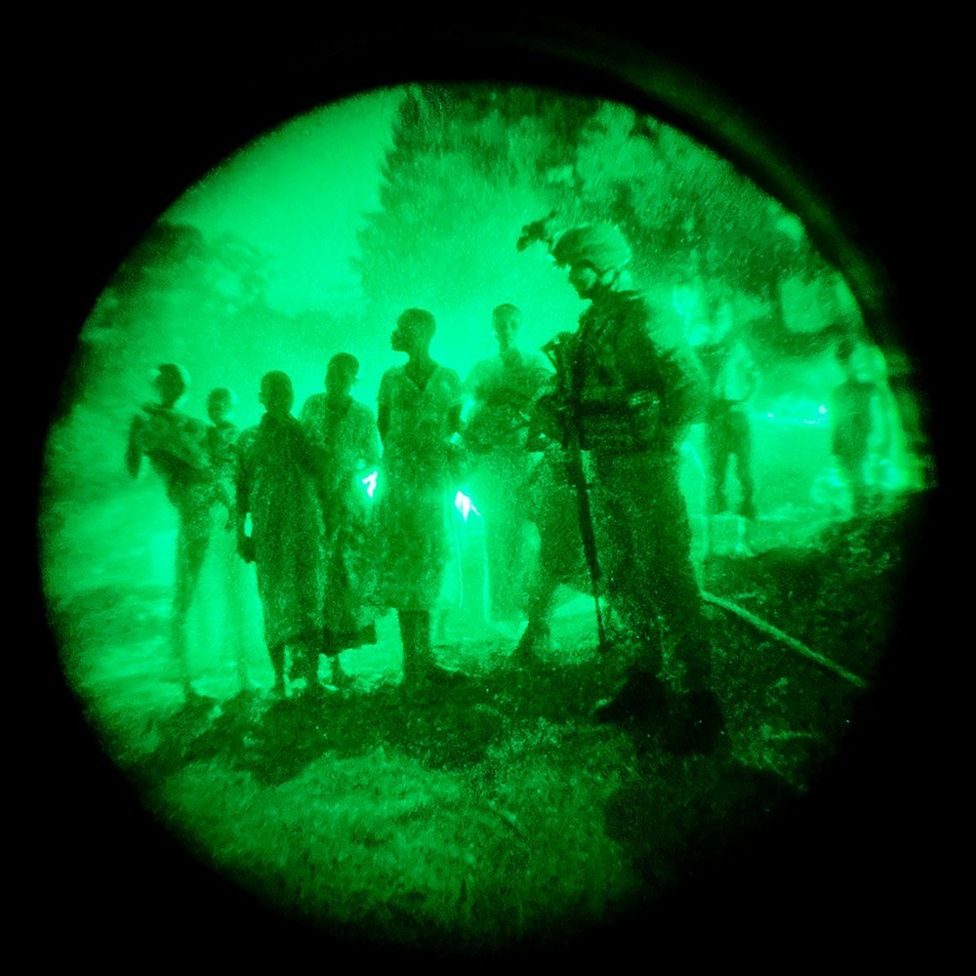 With the world focused on the Covid-19 pandemic, humanitarian crises and conflicts are still unfolding at a rapid pace. Photographer Hugh Kinsella Cunningham has been to the Democratic Republic of Congo where he took pictures of UN peacekeepers during a night patrol.

Cunningham was in the Ituri Province, where there has been an upsurge of violence with more than 1.7 million people being forced to leave their homes in the past two years. 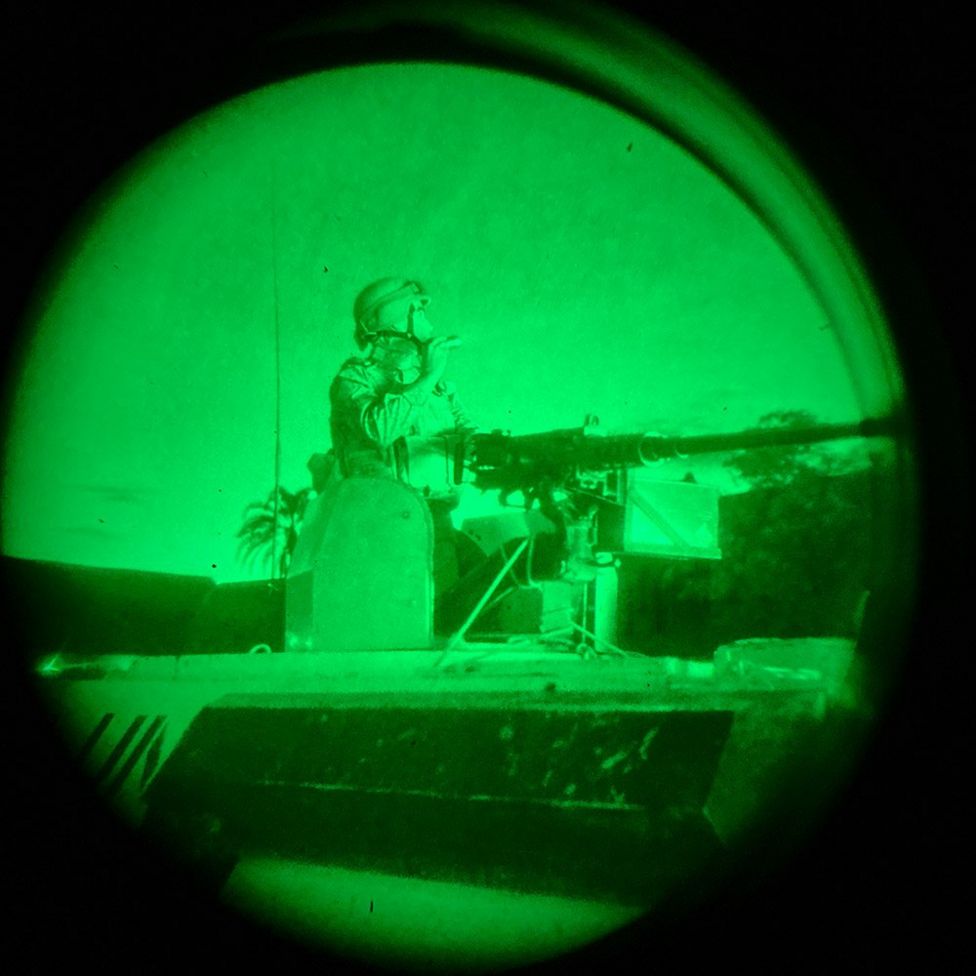 He was with peacekeeping troops from B company of a Uruguayan army battalion, who were deployed at night to ward off rebel movements near camps for displaced people. The UN currently has more than 12,200 troops in DR Congo. 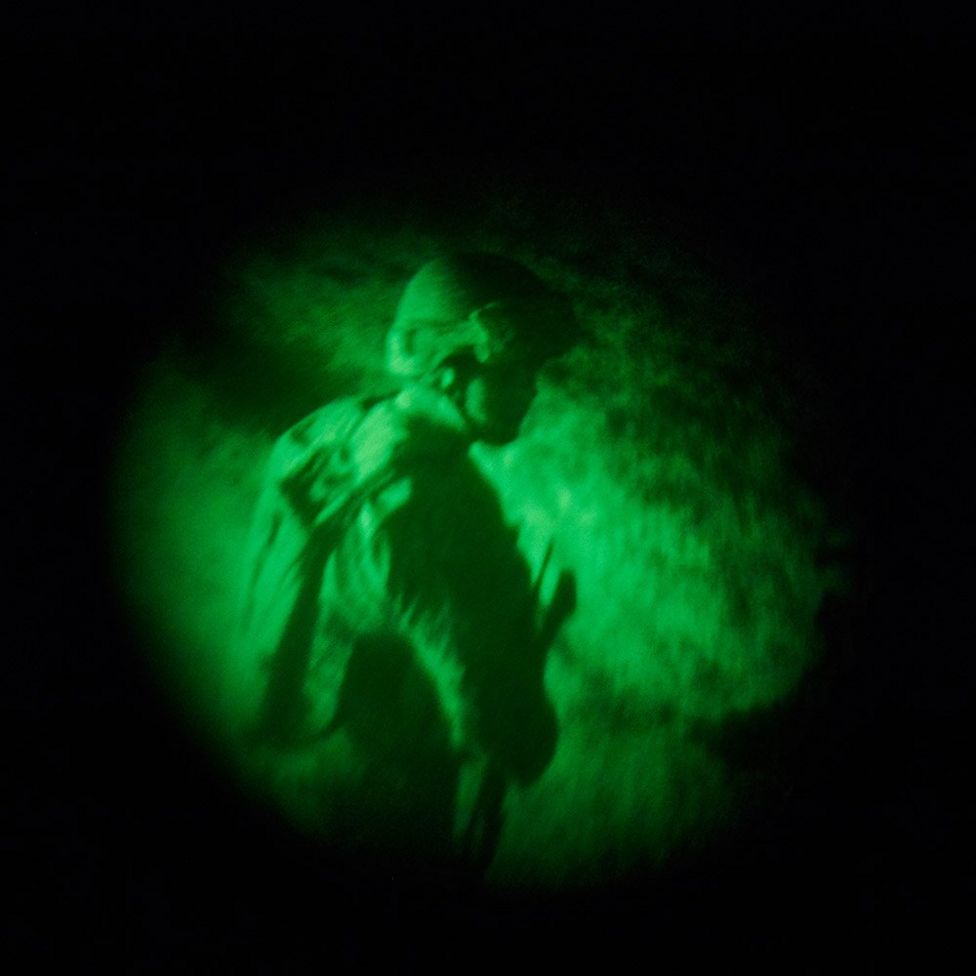 The pictures were taken through military night vision goggles. Displaced sites are numerous and often dispersed in isolated areas. 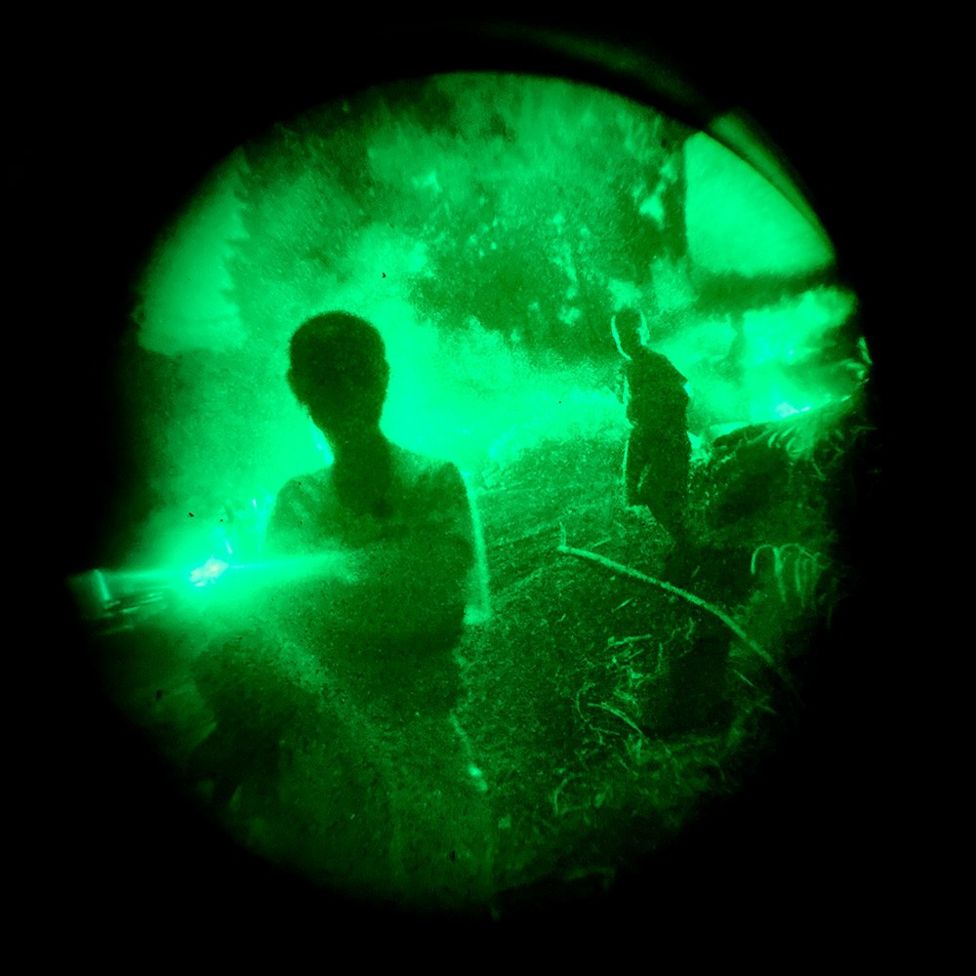 Ethnic Hema and Lendu communities have long fought for control of land in the gold-rich province. The Lendu are largely farmers, while the Hema tend to be herders. 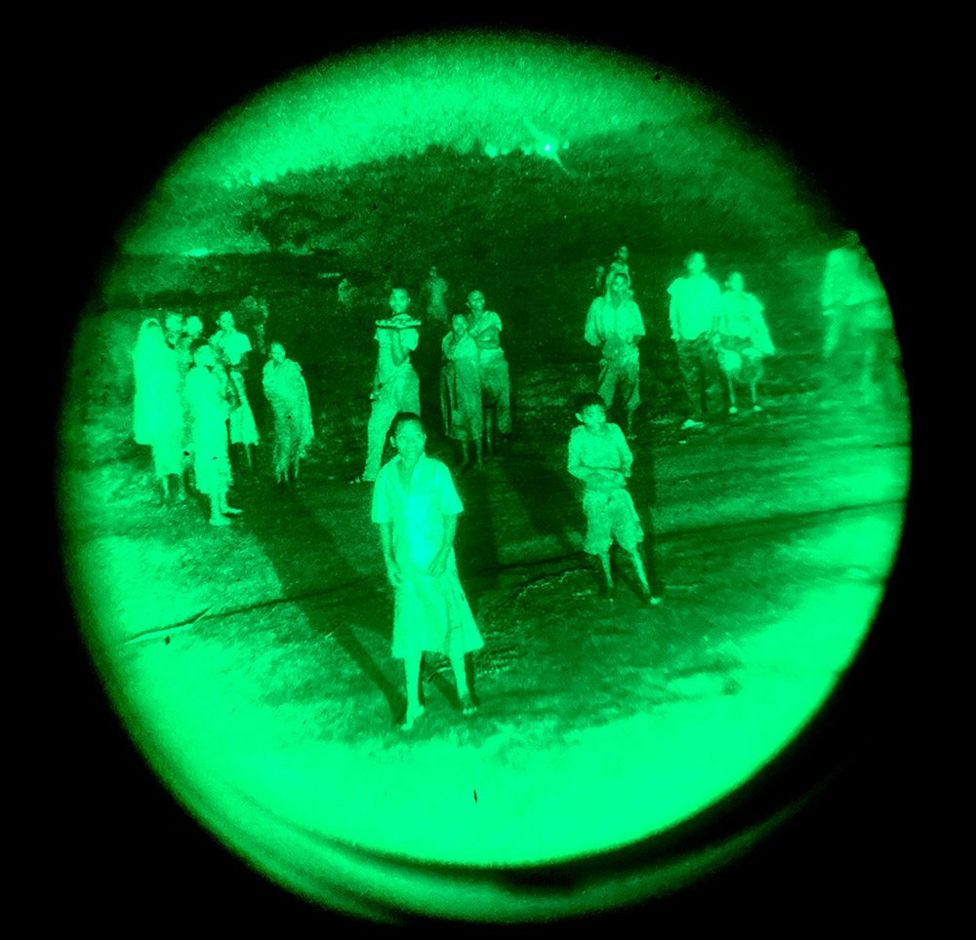 Between 1999 and 2003 an estimated 50,000 people died in countless massacres, and in late 2017 violence broke out again mostly led by Lendu militias. 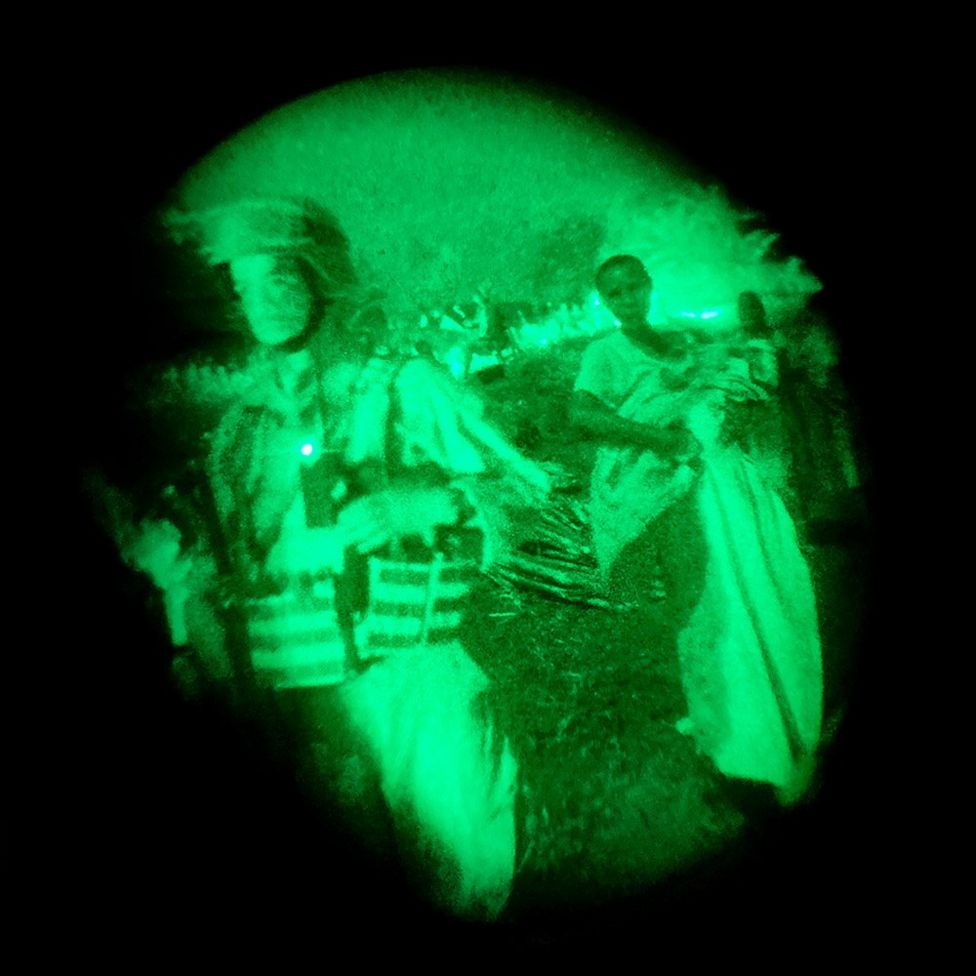 Armed groups in the region all apply the same destructive methods of looting and burning homes, which makes it difficult for those who have fled to return to their villages. 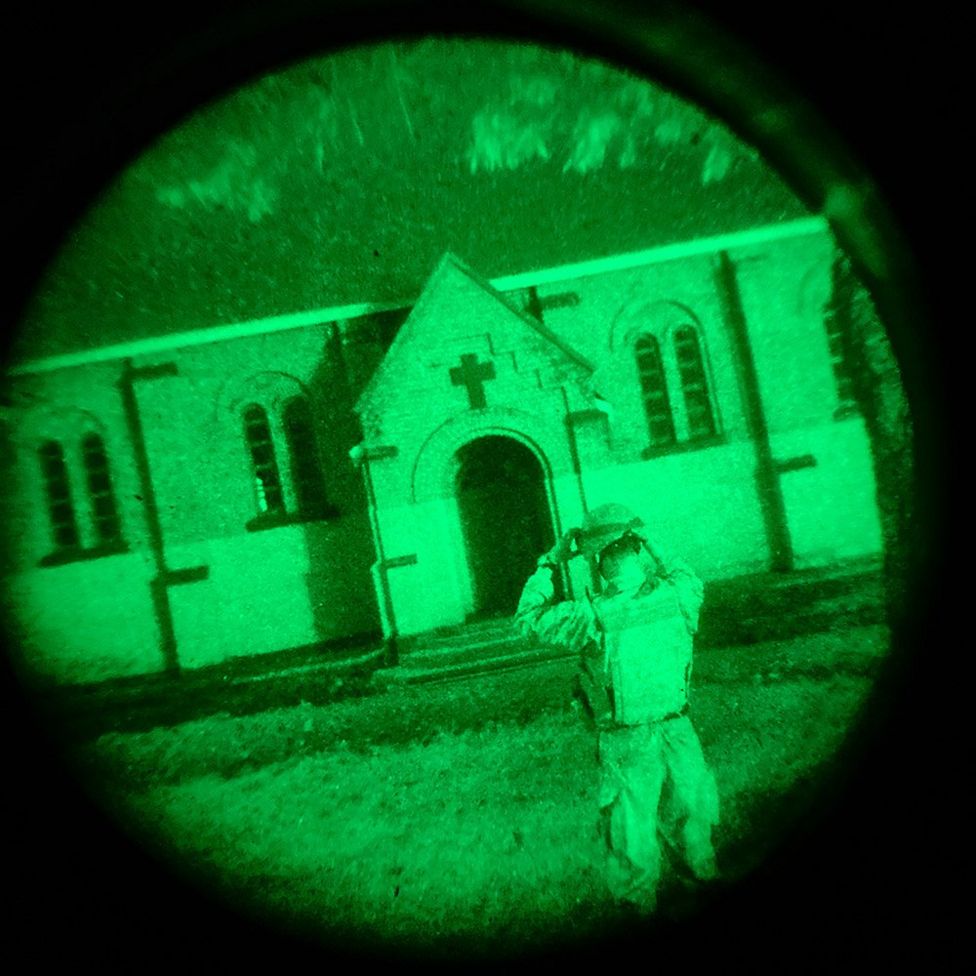 Lt Diaz surveys a church on the outskirts of Fataki, a town which has witnessed several massacres. The UN mission's mandate in DR Congo was extended for a further year last month - and there are plans for its phased withdrawal. 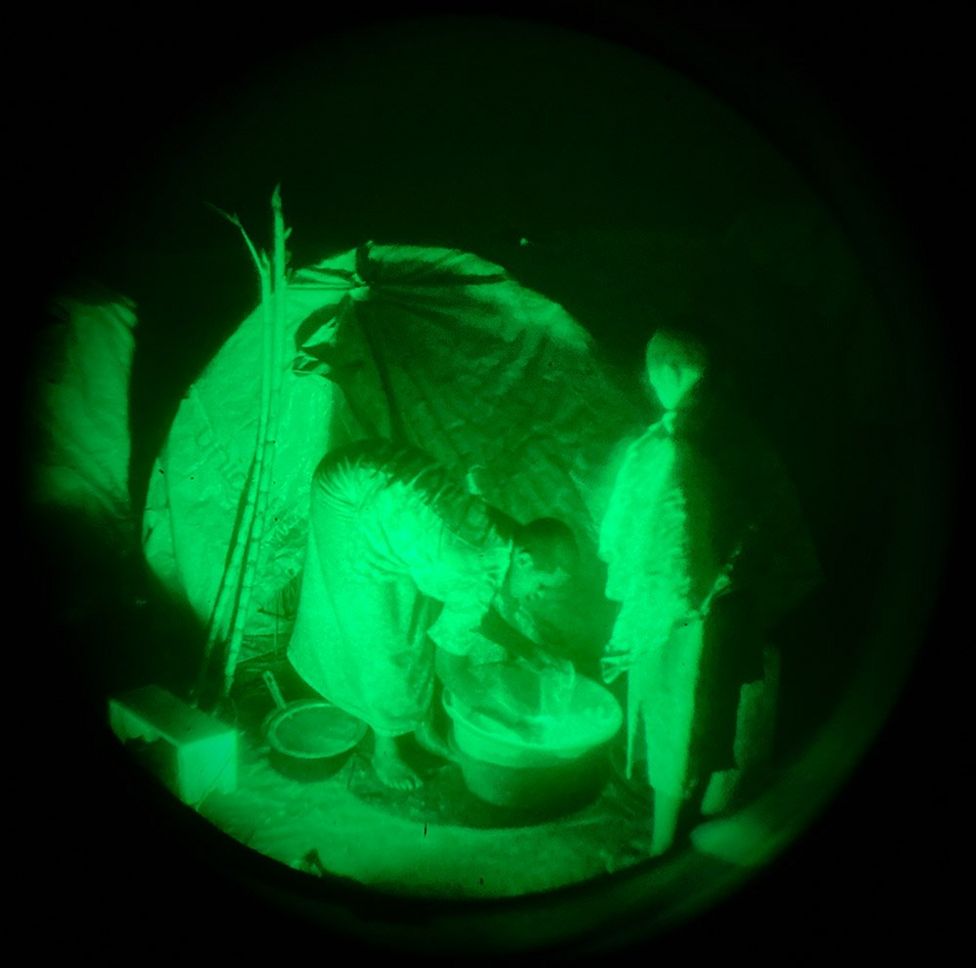 Many of those who have fled the violence have moved to other communities, but some now live in camps created by the UN refugee agency and the International Organization for Migration. 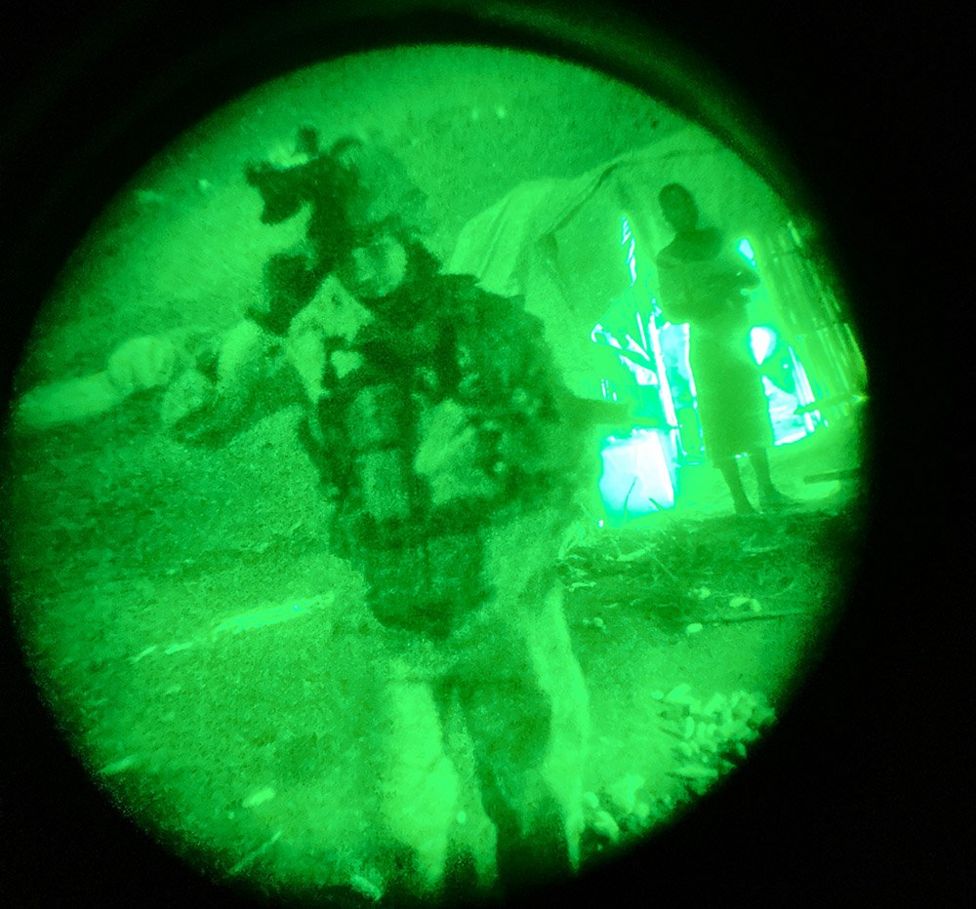 Lt Fernandez is seen here in the camp at Lodha. The government has been trying to get ex-rebel leaders from the previous conflict to appeal for peace after two of them, who had served long terms for war crimes handed down by the International Criminal Court (ICC), were released in March. 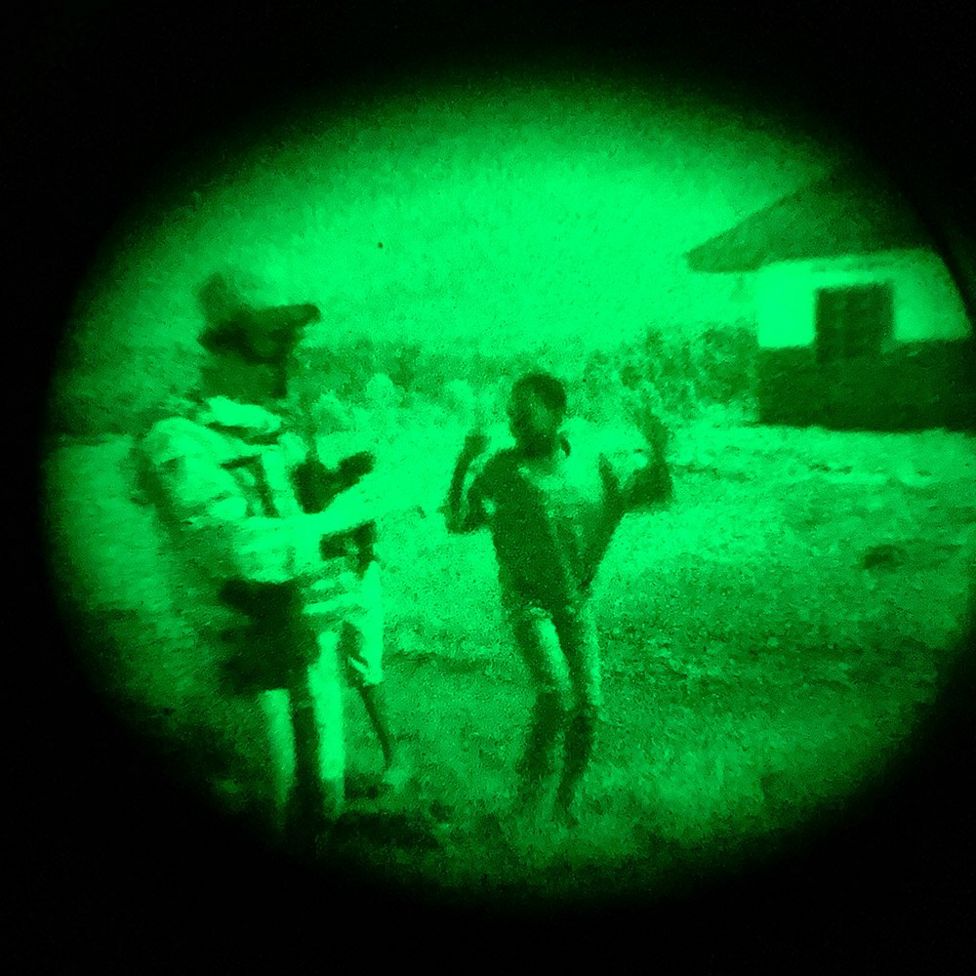 A child at one of the camps reacts to peacekeeping troops appearing on patrol. Rival groups in Ituri are often fighting over the province's gold mines, which have been cash cows for militias and other powerful figures over the years. 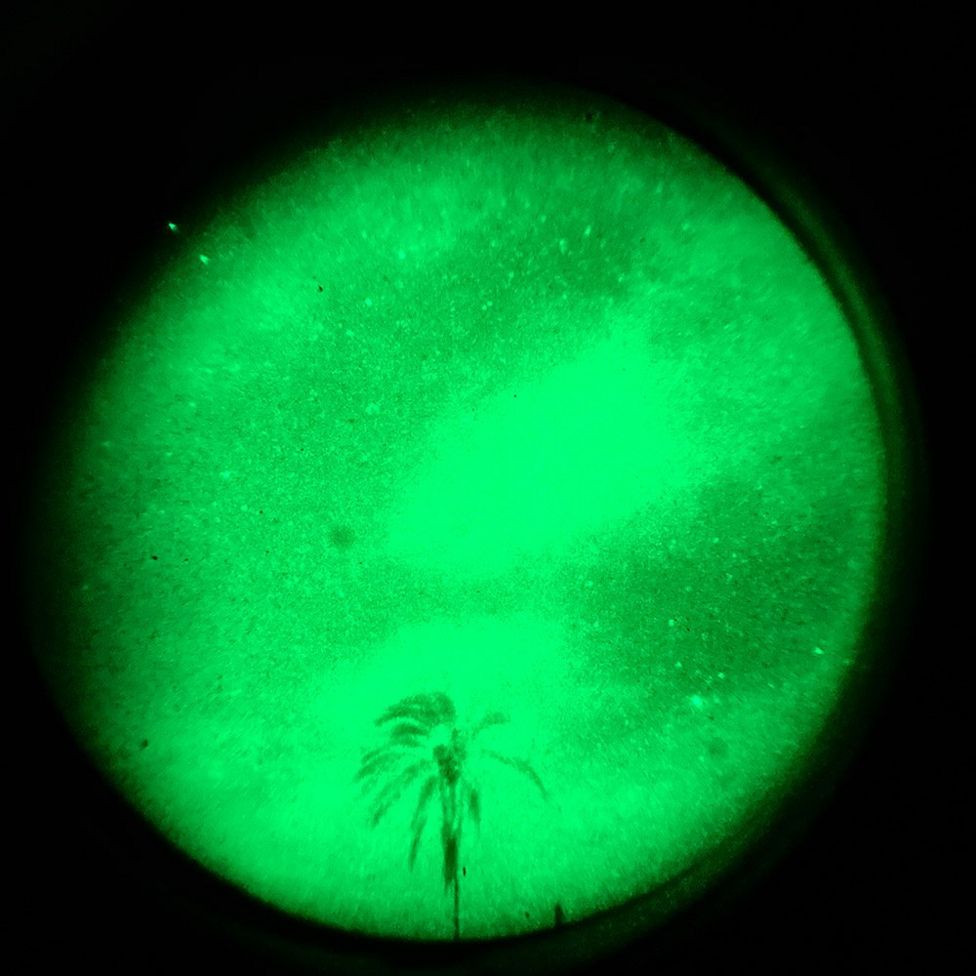 At least 1.1 tonnes of gold were smuggled out of Ituri alone in 2019, UN experts said in a report last June. That would have earned up to about $1.9m (£1.4m) in taxes had it been legally exported, it said. 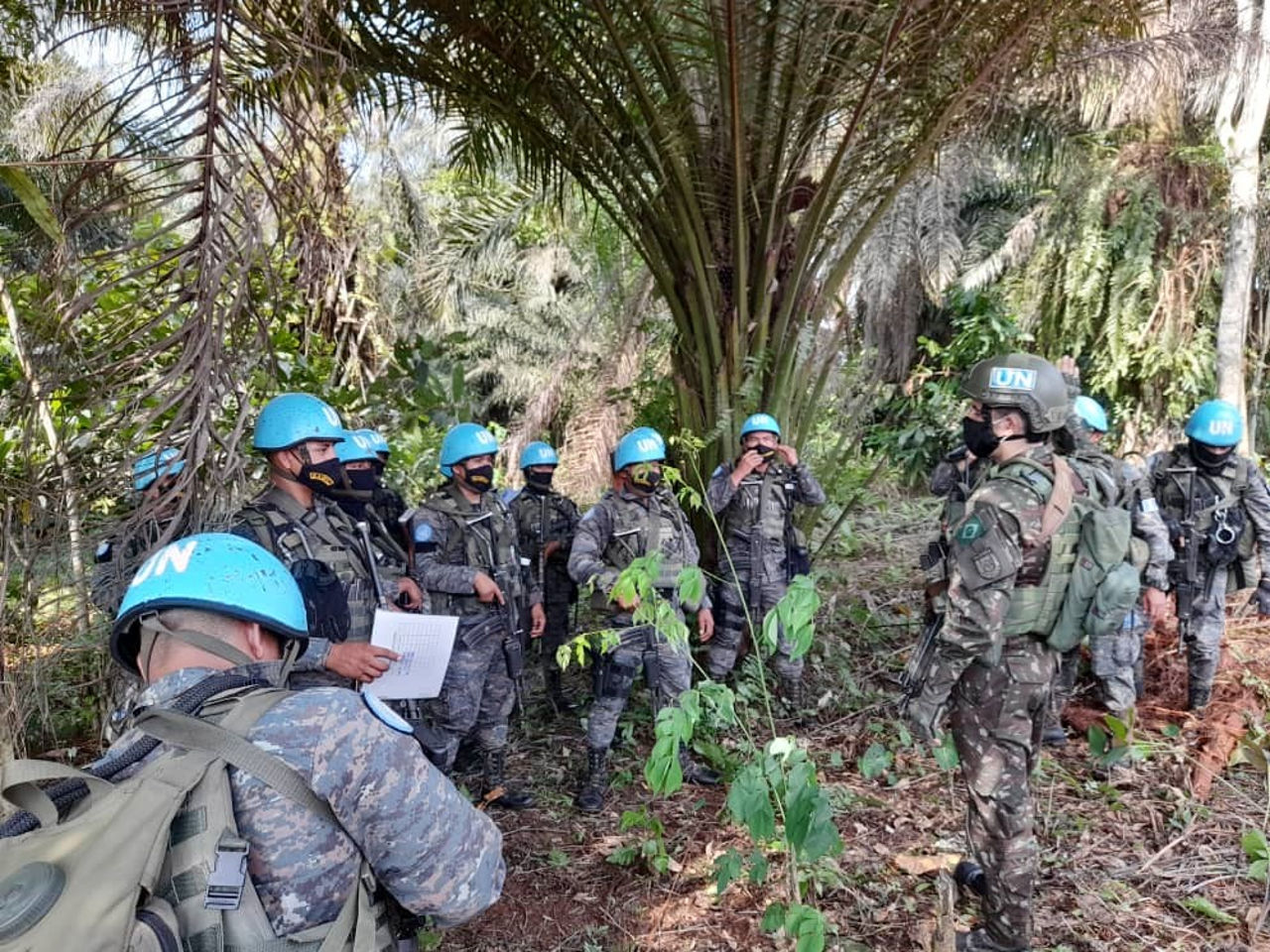 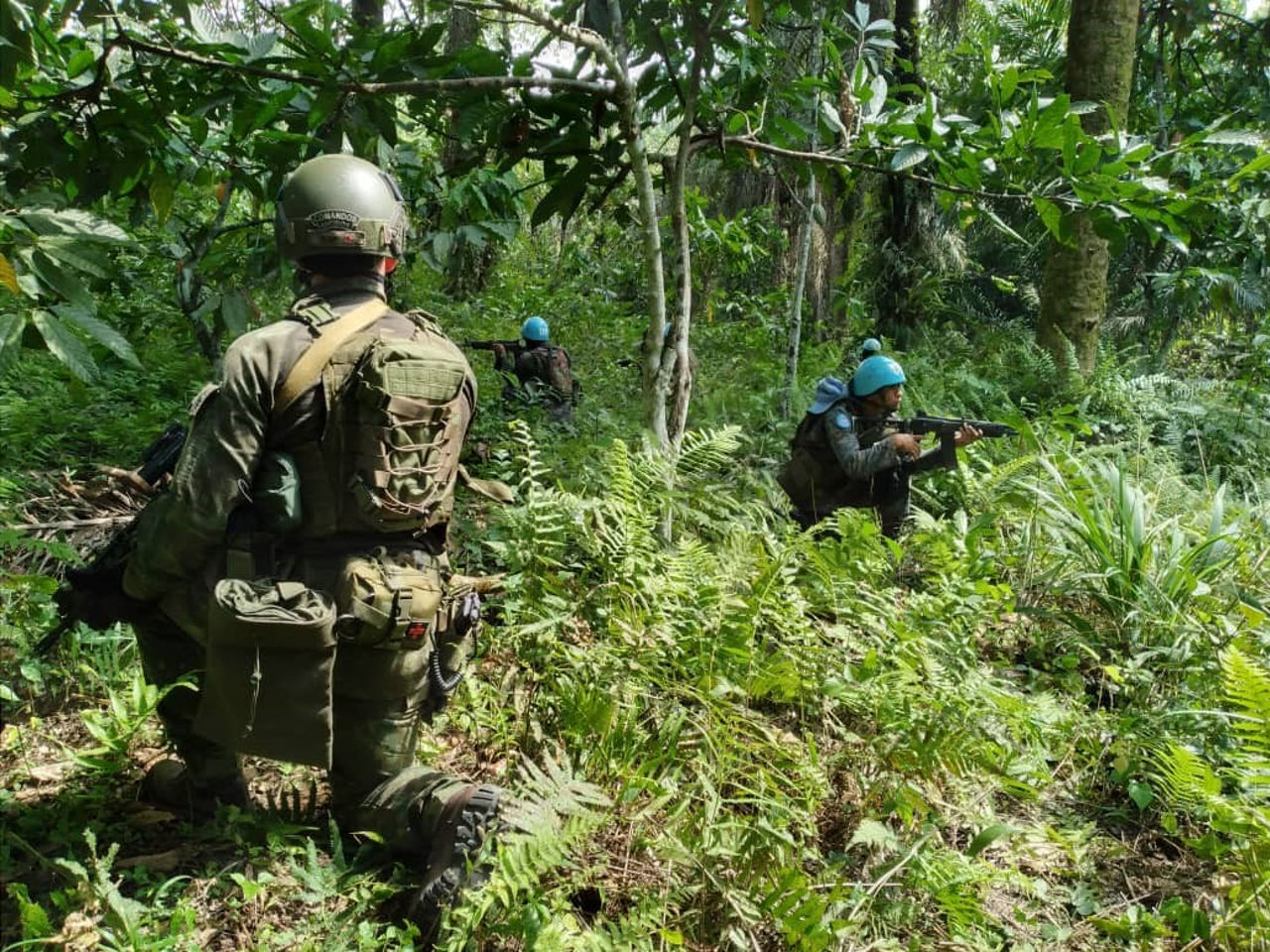 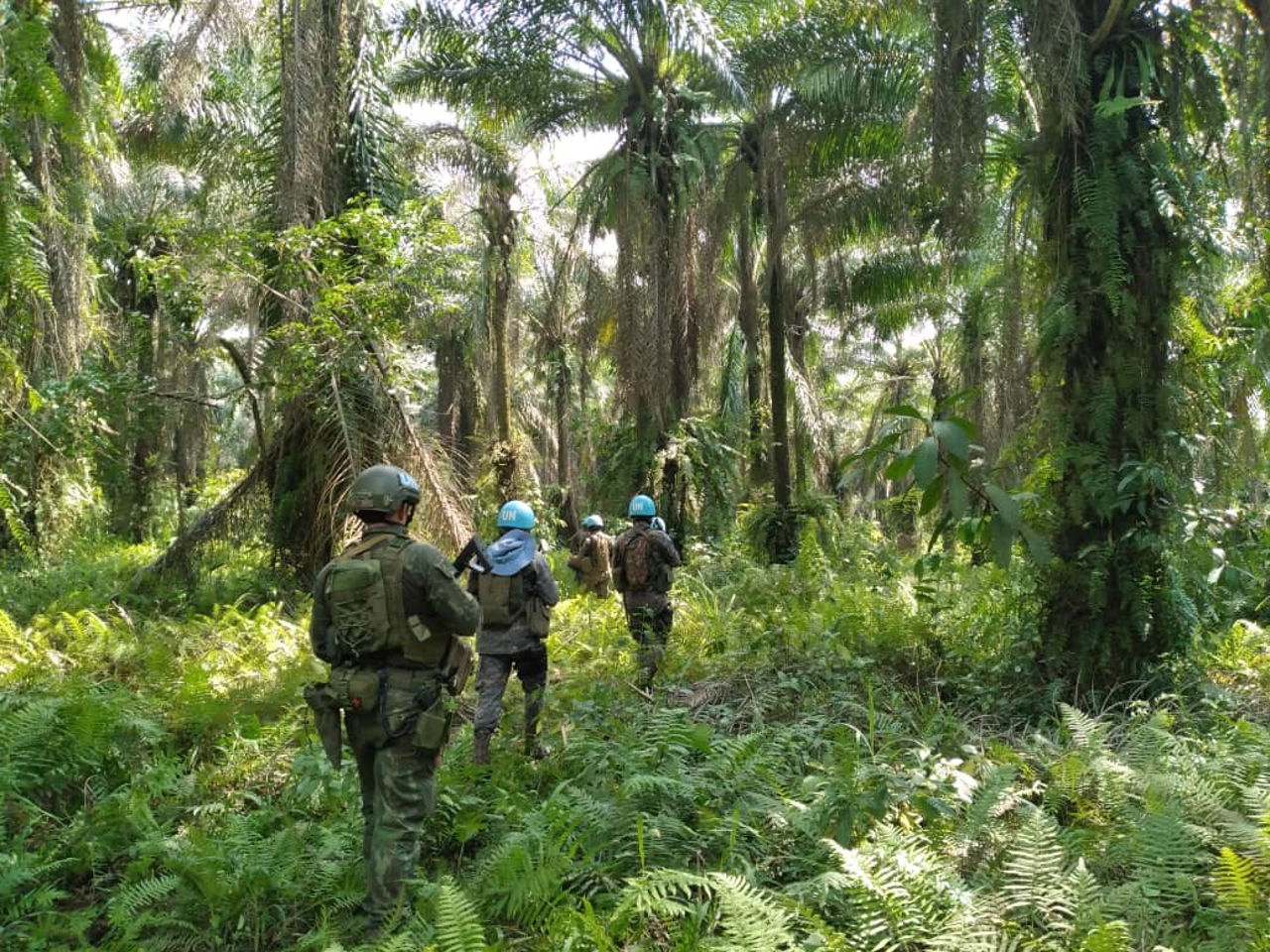 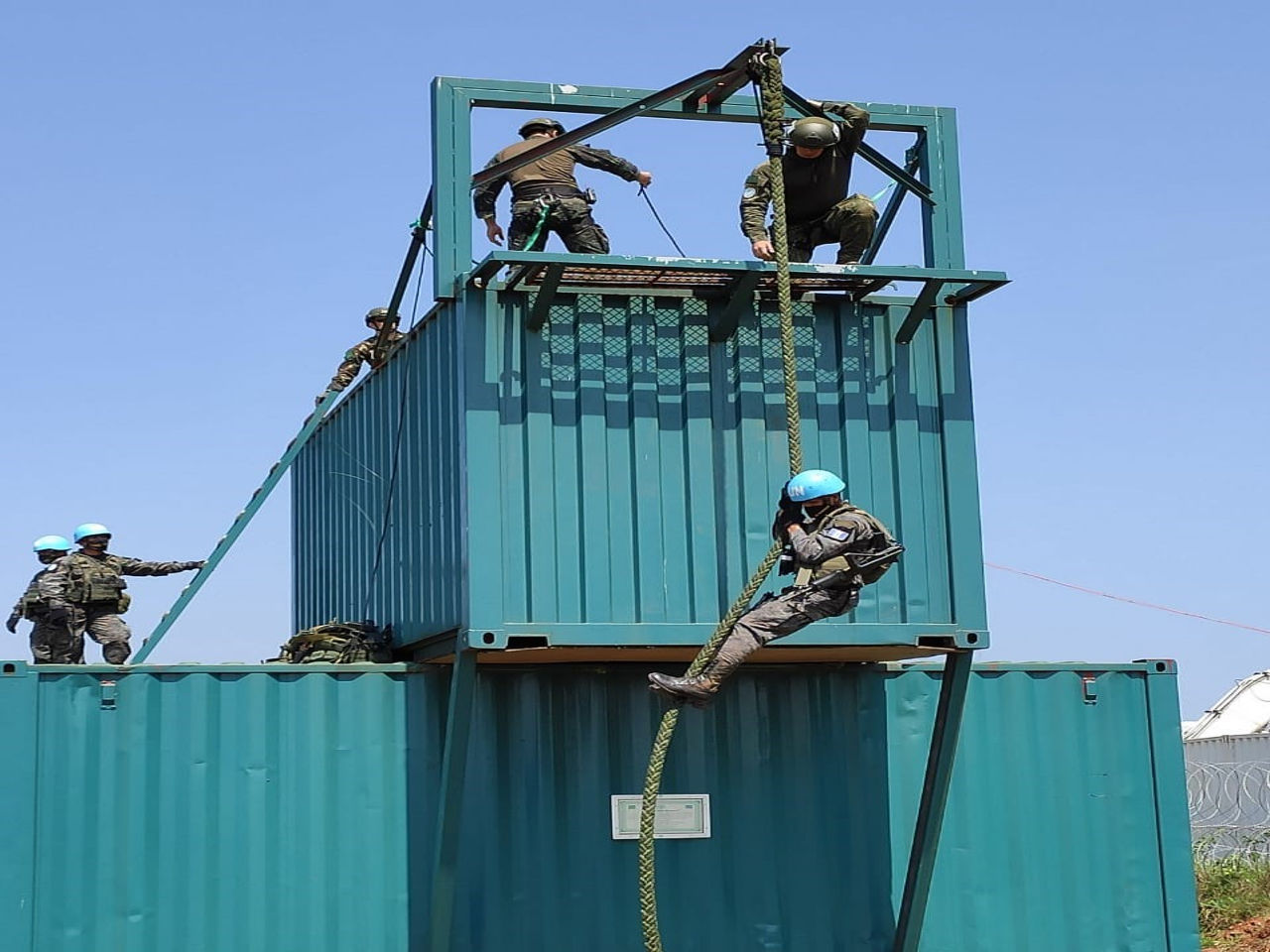 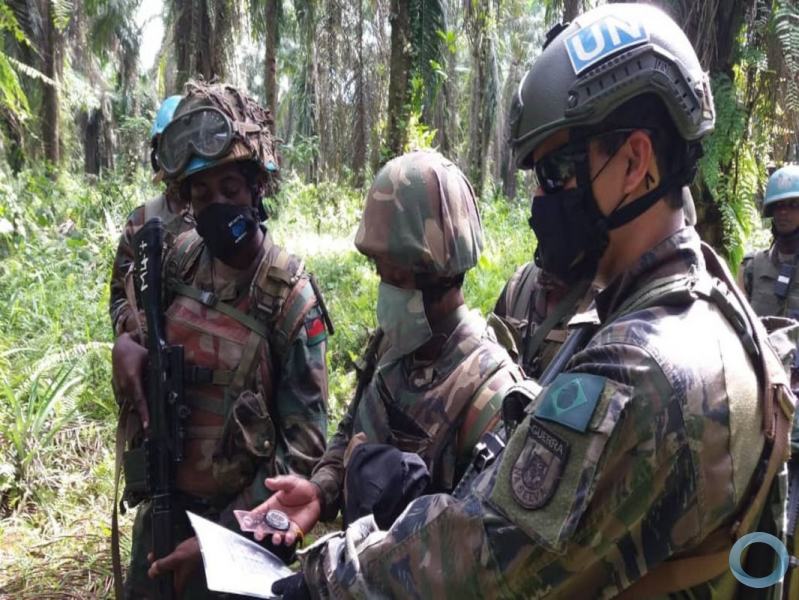 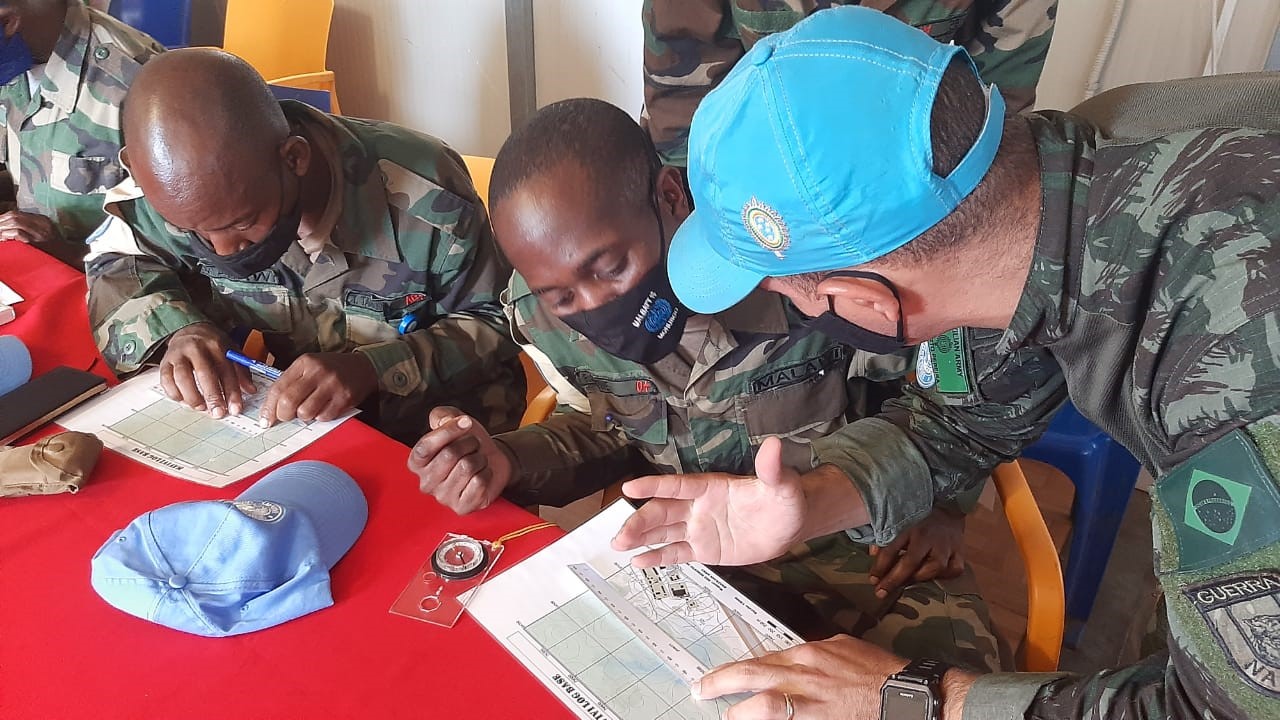 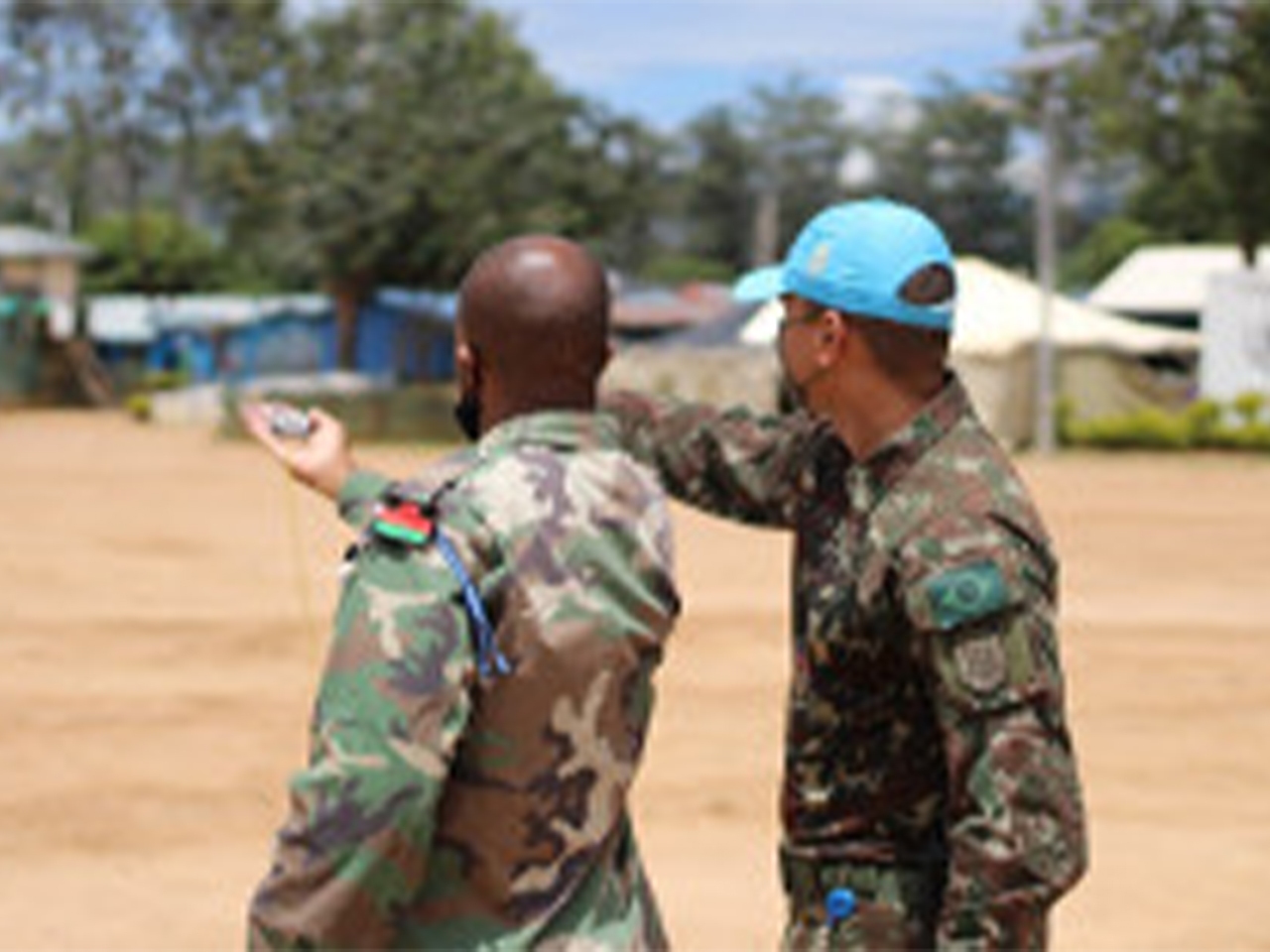