The proposal is a big deal, but there's still a lot the two countries will have to figure out for it to work.

France and Germany have announced their intention to work together to develop a new advanced "European" fighter jet. Though the final plan is still in the works, the decision appears to be wrapped up in a number of political and economic considerations and could potentially see the end the German military’s interest in the controversial F-35 Joint Strike Fighter.

The deal emerged in a larger document the two countries published following a joint cabinet meeting on July 13, 2017. In addition to the new fighter jet, the white paper outlined Franco-German cooperation on an upgraded Tiger attack helicopter, air-to-ground missiles, drones, heavy tanks, and artillery, according to Reuters.

The complete Franco-German fighter jet plan reportedly calls for a combination of manned and unmanned aircraft to ultimately replace France’s Dassault Rafales and Germany’s Eurofighter Typhoons. The two countries will come up with a shared “roadmap” by the middle of 2018, but there is not a clear time frame for when the new aircraft could or should enter production or be ready for combat.

Both countries have an interest in developing successors to these aircraft. Though they are among the most advanced fighter jets in active service anywhere in the world, the basic Rafale and Typhoon designs date back to the 1980s. Development of fighters since then has increasingly focused on adding low-observable features, such as stealthy overall shapes, to defeat steadily improving, networked air defenses. The Franco-German plan actually sounds very similar to Airbus Defence and Space’s Future Combat Air System (FCAS) concept. The European aviation consortium, headquarters in Germany, first revealed this proposal in July 2016. FCAS itself was a response to a joint German-Spanish requirement, dubbed the Next Generation Weapon System (NGWS), which those two countries unveiled six months earlier. That proposal envisioned the new aircraft entering service sometime in the 2030 to 2040 time frame. USAF
A French Dassault Rafale B.

Though Airbus included concept art of a stealthy-looking fifth generation fighter jet in its FCAS presentations, the core revolved around data sharing and manned-unmanned teaming. This is very similar to how the U.S. military increasingly sees itself operating the F-35. The fighter component of the system would act as the controller for unmanned combat air vehicle (UCAV) carrying additional weapons and sensors. All of these aircraft would be able to share information back and forth, as well as draw additional information from other networked platforms, such as dedicated spy planes or unmanned reconnaissance aircraft. All of this would give pilots better situational awareness and more options to reach their targets, while reducing exposure to enemy air defenses. Depending on the size and number of the armed drones involved, the "swarm" of aircraft might even be able to overwhelm the defenders. Airbus
Concept art of the fighter component of Airbus FCAS.

It’s not immediately clear whether or not the new Franco-German agreement will involve any other partners, such as the Spanish. However, the two countries would likely be keen to bring in Spain and other European countries, especially smaller NATO members, which are looking for a new fighter aircraft but have not yet joined the F-35 program.

This cooperation allows for cost and industrial base burden sharing, which could reduce costs, while still boosting national economies. For decades, European have banded together to form consortiums to design and built combat aircraft – such as the SEPECAT Jaguar, Dassault/Dornier Alpha Jet, Panavia Tornado, and Eurofighter Typhoon – for exactly these reasons. However, the decision of the French to drop out of the Typhoon development program and pursue its own aircraft, which became the Rafale, had soured Germany and many others on a new joint project for years. At present there are four European-designed multi-role jet aircraft still in active service with multiple countries on the continent, the Rafale, Typhoon, Tornado, and the Swedish-made Saab Gripen. France alone continues to operate a number of older Mirage 2000 jets, as well. There are also a number of European UCAV projects in the works, including the French Dassault nEUROn – which was a pan-European project as the spelling implies – and the BAE Taranis.

Now it appears that the political climate has shifted, especially in light of the United Kingdom’s plans to leave the European Union, more commonly known as Brexit, and strained relations between countries in Europe and President Donald Trump’s administration in the United States. Brexit in particular could threaten to scuttle an Anglo-French project to jointly develop a successor the nEUROn and Taranis, also confusingly called FCAS. So, perhaps, not surprisingly, in June 2017, ahead of the annual Paris Air Show, Airbus said it would welcome French participation in the NGWS/FCAS project.

"I really hope that France will be involved," Fernando Alonso, in charge of head of Airbus Defence and Space's military aircraft division, told reporters on June 9, 2017. "We have to do this in Europe. There's no place to do two or three different systems. … The time is right for us in Europe to decide and to decide to build something together and be available for all of us,"

In addition, it’s uncertain how this agreement will effect’s Germany’s plans to replace its aging Tornados. This swing-wing design dates back to the 1970s and the Luftwaffe is desperate to replace the aircraft, which are increasingly becoming a maintenance nightmare. The main goal of the NGWS program was actually to replace the Tornado first and worry about the much more modern Typhoons later.

Similarly, in May 2017, it emerged that German officials had begun inquiring about joining the Joint Strike Fighter program, but apparently only as a potential Tornado replacement. U.S. defense officials had briefed their German counterparts on the issue just days before the Franco-German announcement on the new fighter jet. "The F-35 is one of many options we are exploring," a spokesman for the country’s Federal Ministry of Defence said, according to Reuters on July 11, 2017.

We don’t know whether or not the outcome of that meeting, or the tensions between Germany and the United States over a host of issues, had any impact on the decision to start the project with France or if this truly ends German interest in the F-35. “The times in which we could completely depend on others are, to a certain extent, over,” Merkel said at a political rally in May 2017, in what many saw an indirect, but clear reference to the United States. “We Europeans have to take fate into our own hands.” The announcement also did came as Trump touched down in France for a state visit, but there's no firm evidence the two events were related.

Regardless of the national political or economic considerations, any new Franco-German fighter could run into trouble simply because of the already complex international market for such aircraft, which is full of advanced fourth generation designs and fifth-generation proposals and early-stage development programs. South Korea, Turkey, and Japan are all reportedly considering their own 5th generation stealthy fighter designs, in addition to the growing dominance of the F-35. Though there are no planning to purchase the final aircraft, the U.K.'s BAE Systems has joined Turkish Aerospace Industries to work on its TFX jet. On top of that the Rafale still enjoys considerable export success, as do a number of new variants of older American designs, including the F-16V, F-15 Advanced Eagle, and F/A-18E/F Block III Super Hornet. Saab is actively promoting its latest Gripen E. Then there are Russian and Chinese fourth and fifth generation designs, including Russia's advanced derivatives of the Su-27 Flanker, as well as the T-50, and China's F-35-look-a-like the FC-31.

All of this could impact potential export sales of any Franco-German development, which would be an important consideration. Foreign sales could help further reduce costs to both parties and would be a major incentive for the development of their own new fighter type. There’s also the question of whether France’s looser export policies might put off German sensibilities, which have become increasingly critical of arms sales to repressive regimes such as Saudi Arabia. The French government has had no qualms about sending advanced weapons or considering such deals with the Saudis, as well as the Egypt, the United Arab Emirates, and other countries regularly accused of human rights abuses.

And then there's just the difficulty of designing a fifth generation fighter jet in the first place. So far, other examples, such as the F-35, show the process is often decades long and potentially exhaustively expensive. Even the development of the Rafale and Eurofighter spanned multiple decades, and those jets are still receiving capabilities that were long planned. With this in mind, there's a good chance that by the time any new manned fighter jet design matures, let alone is combat ready, UCAVs will have become similarly advanced, offering a cheaper and in many cases more capable alternative for many missions that are currently executed by manned fighters. Also as noted, France has already begun investing heavily in this technology and Germany's existing NGWS concept incorporates these future developments.

On top of that, domestic political and economic concerns could delay timelines further or even scuttle projects altogether. Both Germany and France are trying to embark on politically and economically complicated defense spending increases. In a speech on July 13, 2017, French President Emmanuel Macron announced his country was planning on a significant increase in military spending in order to reach the NATO target of all members spending two percent of their gross domestic products on defense by 2025. "It's a considerable effort, considering the the current context of budgetary constraints," the recently elected French president explained.

The announcement of the agreement is an important first step and a significant sign of increasing Franco-German ties. However, unlike other shared arms programs the two countries included in their plan, it may take significantly more effort to get going on a new, joint fighter jet project.
Última edición: 11 Sep 2019 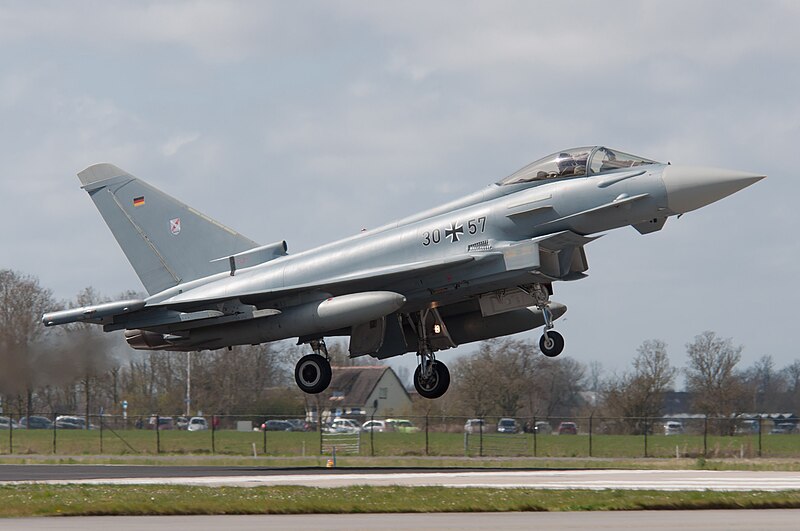 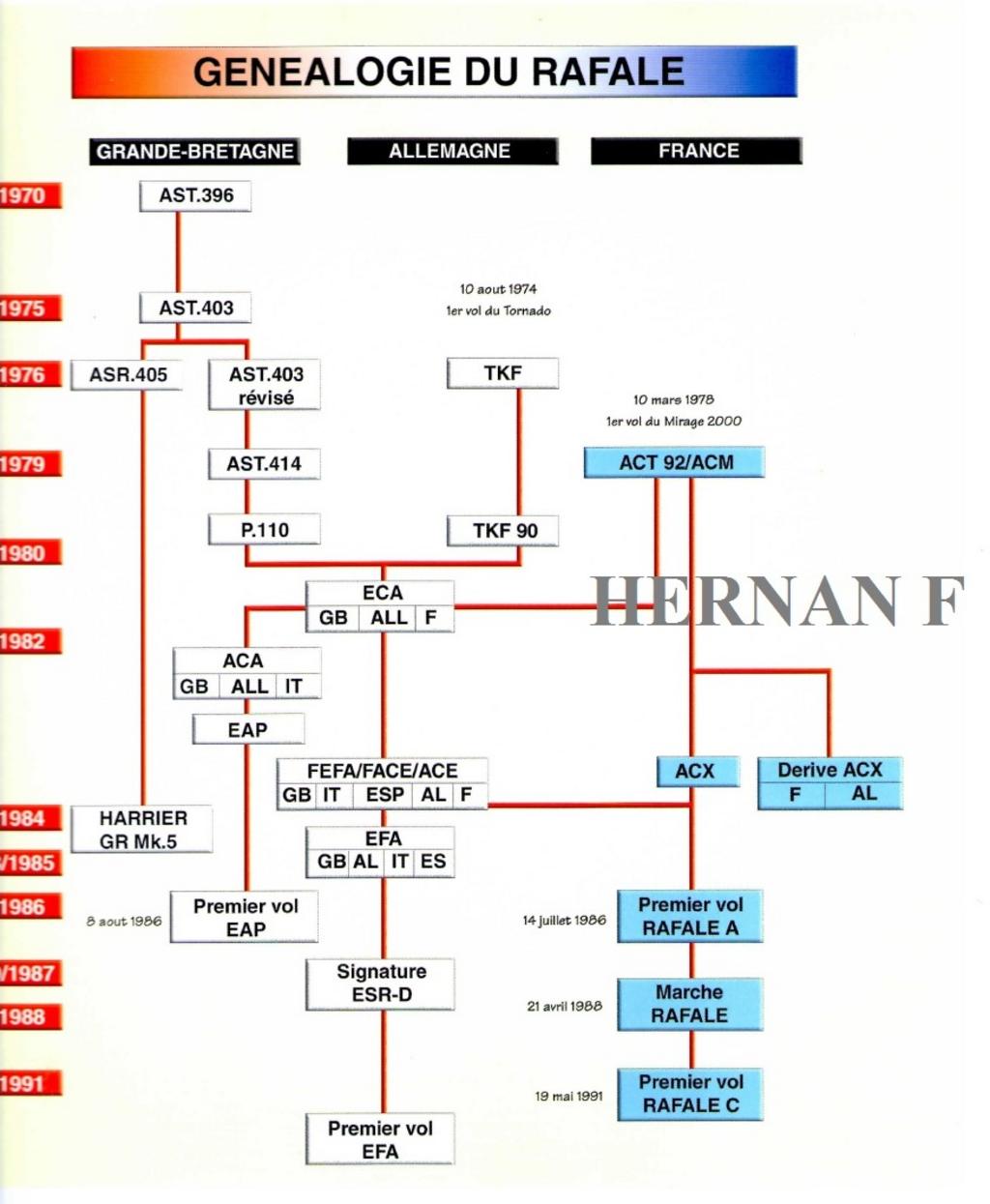