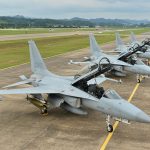 The Alenia Aermacchi M-346 advanced trainer made its first supersonic flight, reaching yesterday Mach 1.15 in the “supersonic corridor” off the Italian Riviera coast.

The first prototype M-346 reached this important milestone during a 75 minute flight which began and ended on the company airfield at Venegono Superiore.

“Breaking the sound barrier shows the great growth potential of our M-346 – commented after the flight Quirino Bucci, Alenia Aermacchi Chief Test Pilot. – The flight went as planned. The aircraft showed excellent controllability as it exceeded the speed of sound and maintained its pleasant handling throughout the deceleration phase. All aircraft systems performed regularly throughout the acceleration and deceleration phases.”

This significant achievement is further testimony to the high capabilities and performances of the Aermacchi M-346 platform, which integrates the power of its two Honeywell F124 engines with extremely effective aerodynamics and the new release of the digital Fly by Wire flight control software. This allowed the aircraft to reach and cross the sound barrier, achieving a top speed of 1,255 kph and improving upon its own previous top speed of Mach 0.96, achieved in 2007. Test activities will continue until the top design speed of Mach 1.2 is reached.

This is the first time in 52 years than an aircraft designed and built entirely in Italy breaks the sound barrier. The first Italian aircraft to fly faster than sound was the Aerfer Sagittario II piloted by Lt Col Giovanni Franchini of the Italian Air Force’s Experimental Test Unit, which on 4 December 1956 achieved Mach 1.1 at the end of a long dive at Pratica di Mare.

Since then, all supersonic aircraft built in Italy have been either foreign designs under licence – such as the famed F-104 Starfighter – or international collaborative products – like the Tornado multirole aircraft or the Eurofighter Typhoon.

The FA is an extremely effective and low-cost tactical solution for the modern battlefield, as it offers Air Forces the greatest effectiveness with all the M-346's AJT (Advanced Jet Trainer) features, including the advanced and pre-operational training capabilities of the basic version. Let's discover why. 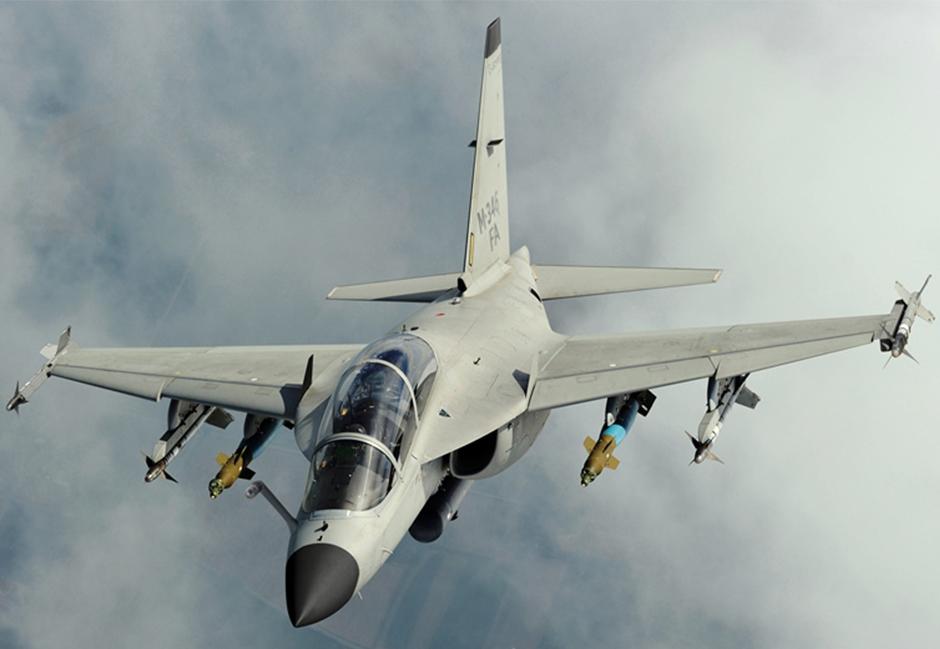 In the present operational scenarios, especially in those with a low-medium threat level, often modern and expensive 20/30 tonne class fighter aircraft are used for missions with high operating costs.

Generally, these are Close Air Support (CAS) missions that have to be carried out in urban areas and for battlefield air interdiction, as well as for Homeland Security and Air Policing, tactical reconnaissance and support for the personnel recovery operations in combat areas, where the use of low-cost aircraft equipped with radar, a state-of-the-art designator pod, modern and technologically advanced self-protection systems, a state-of-the-art data link and a critical air-to-air refuelling capability would be enough.

The M-346FA, the low-cost multirole master, was developed from the M-346's AJT advanced training version already in service with the Italian, Israeli, Polish and Singapore Air Forces. In comparison with the latter, the FA version's unique features consist of the upgraded avionics and the two additional wing tip hardpoints (seven in total) in order to have two air-to-air missiles, maintaining at the same time the full dual role capability and the entire extremely advanced Integrated Training System. 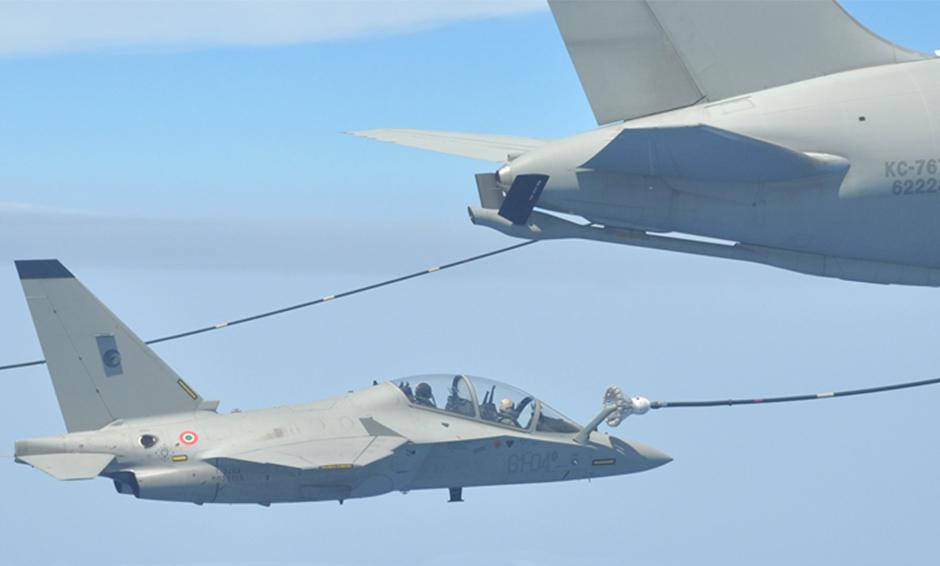 The M-346FA will be equipped with a DASS (Defensive Aid Sub System) self-defence system, which includes a Radar Warning Receiver, a Chaff and Flare dispenser as well as a Missile Approach Warning System, with six sensors and a comprehensive 360° protection against any missile threat. The aircraft will be safely able to exchange in real time all the tactical data thanks to a dedicated Tactical Data Link according to the NATO Link 16 or other standards.

A key on board attribute will be the pulse-doppler multimode radar GRIFO-346, produced by Leonardo's Airborne & Space Systems Division. This radar is specifically optimised for the M-346FA and originates from the Grifo family that, with over 450 units sold worldwide, represents a great commercial success. 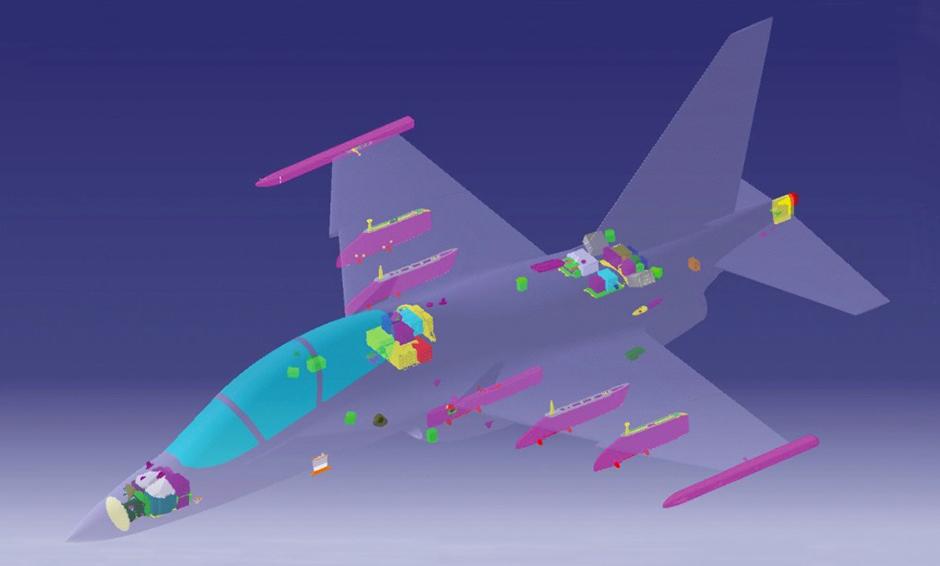 The M-346FA’s cost per flying hour is 80% lower compared to a heavier and more expensive fighter used for close air support missions.

As told by our test pilot
In order to better understand the M-346's intrinsic peculiarities that make it suitable to be an excellent low-cost multirole aircraft, we spoke to Giacomo Iannelli, Project Test Pilot Trainer of Leonardo's Aircraft Division: “First of all, the low altitude speed is very high even with external loads, while other supersonic aircraft have a better performance in a clean configuration, but get considerably worse when loads are added.

The manoeuvrability is excellent thanks also to the 4-channel digital fly-by-wire flight control system and this allows fast manoeuvring during close air combat. The remarkable specific excess power allows the return to baseeven with full payload, with one engine inoperative (OEI), at an adequate altitude to keep out of the more common range missile threat, guaranteeing a notable survivability capability. The so-called Carefree Handling makes sure that the pilots can focus on the mission, without having to worry about risking to exit the expected flight envelope.

The twin-engine configuration assures a high battlefield survivability and, at the same time, the fuel consumption is kept low thanks to the engine's efficiency, definitely providing a good range, that can be further extended by air refuelling, a capability which is already operational within Italian Air Force. The Auxiliary Power Unit (APU) assures completely autonomous flight operations.

Furthermore, the visibility is excellent as the M-346 was born as a trainer, it is a two-seater aircraft and this is very important during low altitude flight. The back-seater pilot can also be act as a Weapons System Operator or a more specialised FAC-A (Forward Air Controller – Airborne) role”. 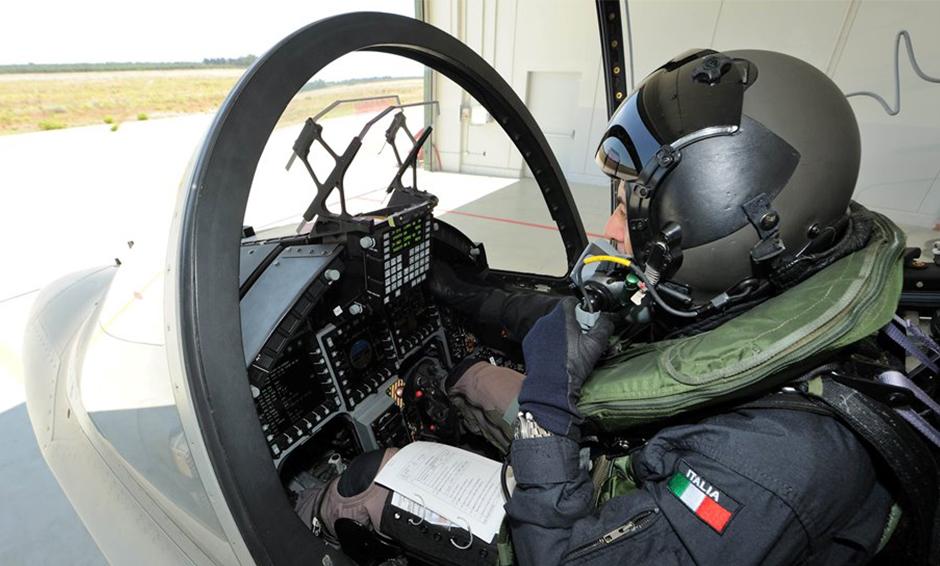 The state-of-the-art Human-Machine Interface includes advanced systems to provide the data to the pilots (Multi-Function Display - MFD, Head Up Display and the Helmet Mounted Display - HMD which is already qualified) and HOTAS (Hands On Throttle And Stick) type commands, this means being able to control all the aircraft's systems without having to take the hands off of the thrust lever or the control bar.

“The M-346FA,” Iannelli continues, “keeps all the advanced trainer's features, such as the on board Embedded Tactical Training System (ETTS) that simulates, in a Live Virtual Constructive (LVC) environment, all the systems and stores with which it will have to operate. This is a significant advantage for the pilots that are thus able to seamlessly pass from training to real missions without having to change the aircraft.”

The FA's new operational capabilities add on to those that the M-346 is already able to offer now, as a “Aggressor” and “Companion Trainer” for Combat Ready pilot training, as the Israeli and Italian Air Forces have been able to successfully demonstrate.

Mission types
The external stores that can be carried amounts to over 2 tons in addition to the 138 gallons in each auxiliary fuel tank. For the strike missions a series of 500 lb class munitions, both guided and unguided will be integrated, including the latest generation precision munitions capable of keeping the collateral damage to a minimum and to increase the number of targets that can be simultaneously hit. The most modern state-of-the-art Laser Designator Pods are available for target designation. 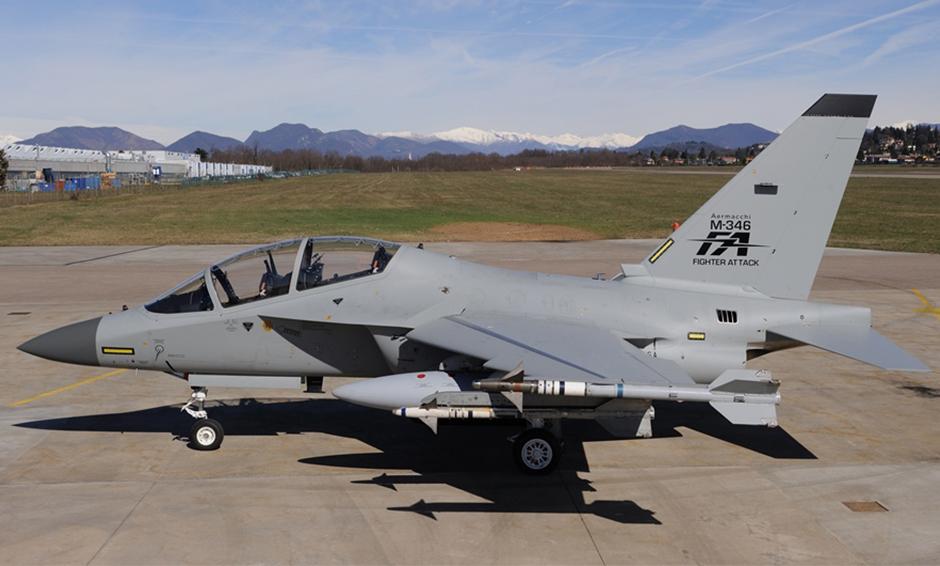 In regards to Homeland Security and Air Policing missions, including the identification of potential threats (even of a terrorist nature) while flying at low altitude (Slow Movers Intercept), such as for example small aircraft or ultralight helicopters, the M-346FA can be equipped with short range infrared guided air-to-air missiles, as well as with a centreline pod that houses a cannon or, upon customer request, an ECM electronic warfare jamming pod.

Suitably configured with a mix of air-to-surface and air-to-air stores, the M-346FA can carry out, without any problem, support missions for complex Personnel Recovery/Combat Search And Rescue operations, namely recovery of personnel even on hostile ground and search and rescue of flight crews shot down in enemy territory. 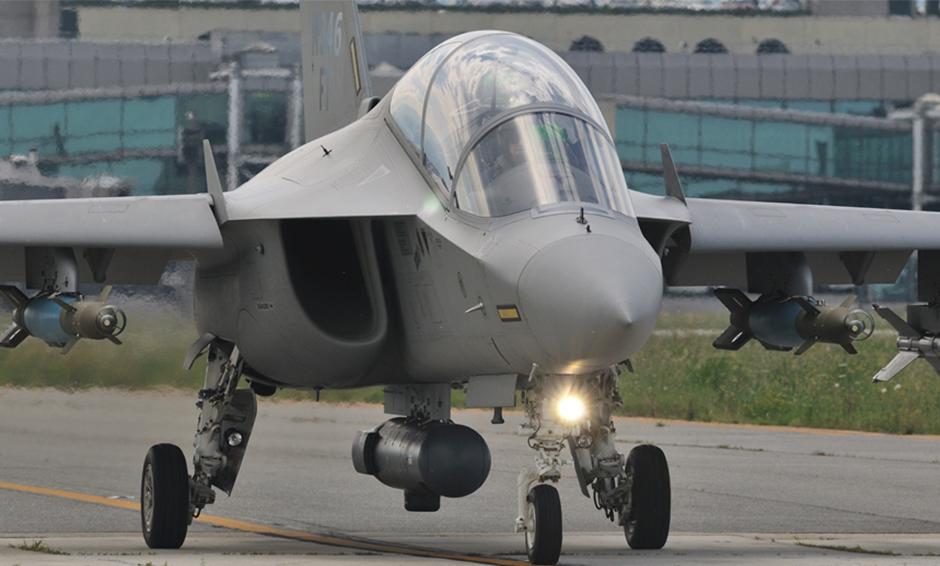 Finally, in case of reconnaissance missions, the aircraft has been equipped with a dedicated pod that has been effectively used by various Air Forces (including the Italian Air Force) for tactical reconnaissance missions in complex operational theatres in Afghanistan and Iraq, as well as for prompt and effective support to the civil protection in the event of natural disasters, such as the earthquake that hit the centre of Italy in August 2016.

<p>The FA (Fighter Attack) is a new version of the advanced Aermacchi M-346 twin-engine trainer, designed and manufactured by Leonardo's Aircraft Division. It is an evolution of the dual role FT (Fighter Trainer) version, designed to meet Air Forces' growing and diversified operational...