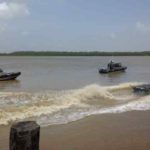 On 16th January 2020, President Granger of Guyana, a former Chief of Defence Staff, told a conference of the Guyana Defence Force (GDF) officer corps, that the GDF was in a better position than it was five years earlier. Granger pointed to the growth of the country’s militia to 1500 personnel and an increase in [...]

25 Nov 2019
Administrador
A
A
¿What can the TC-12B Huron contribute to the Argentine Air Force?