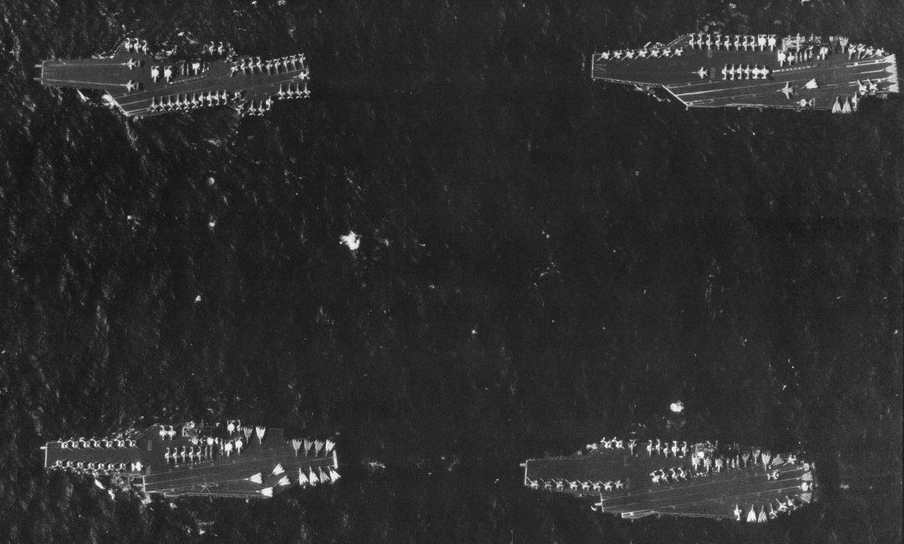 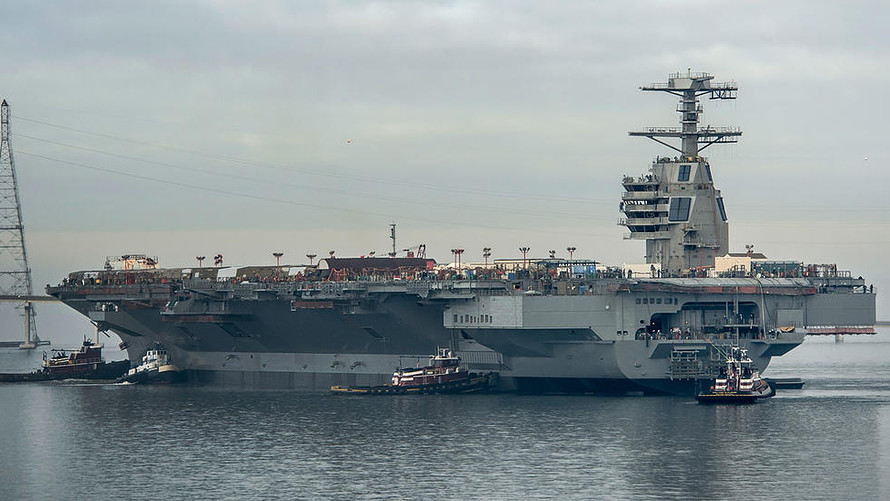 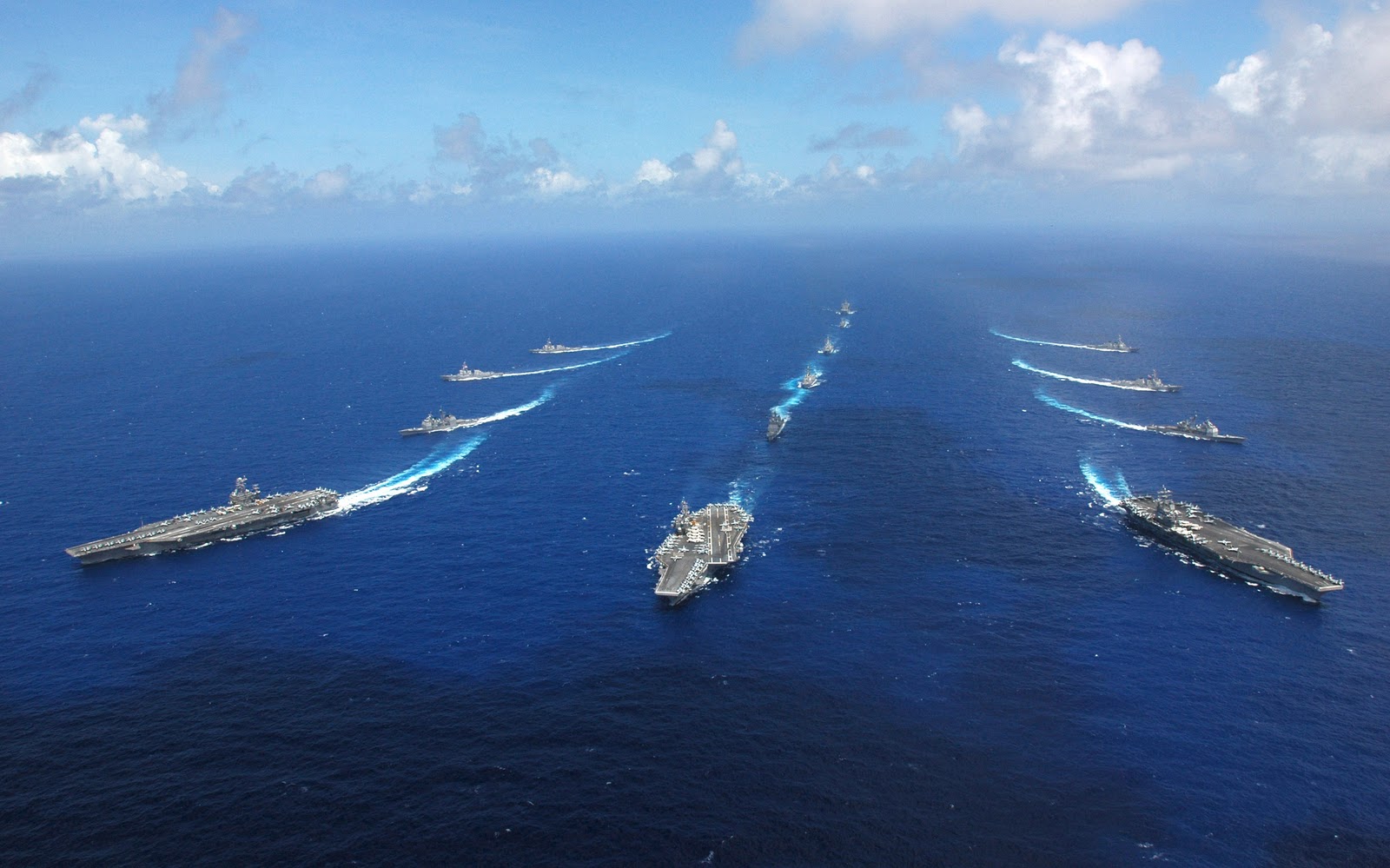 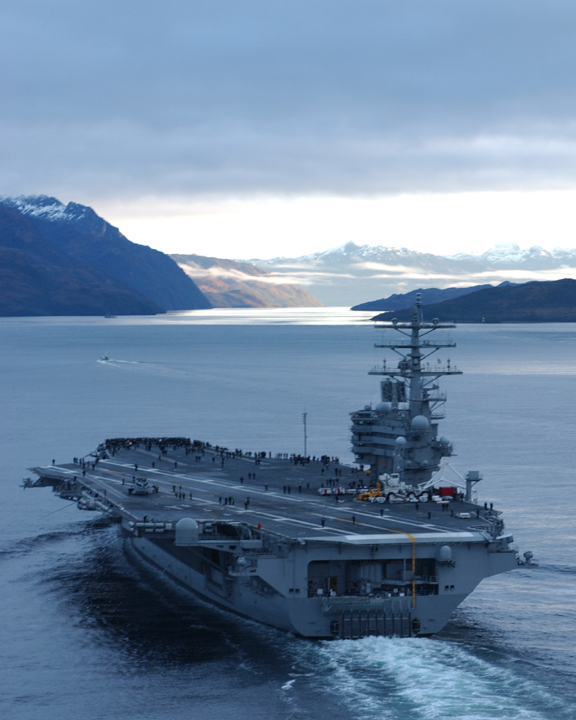 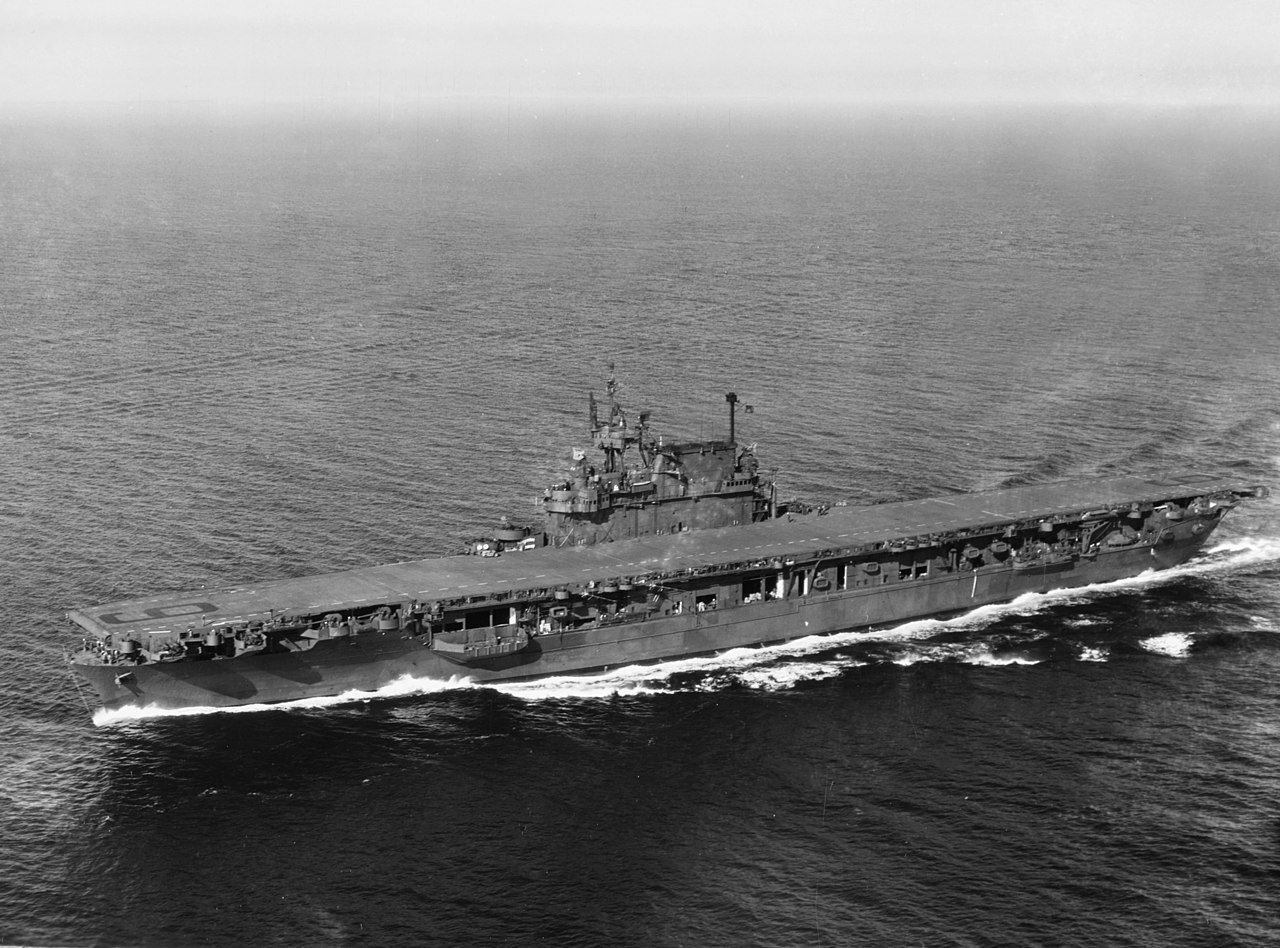 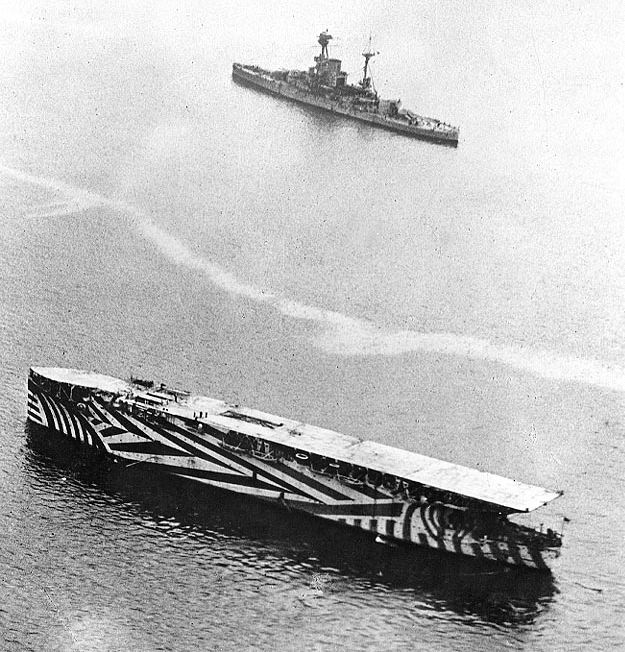 HMS Argus (I49) in habour in 1918, painted in dazzle camouflage, with a Renown class battlecruiser in the distance 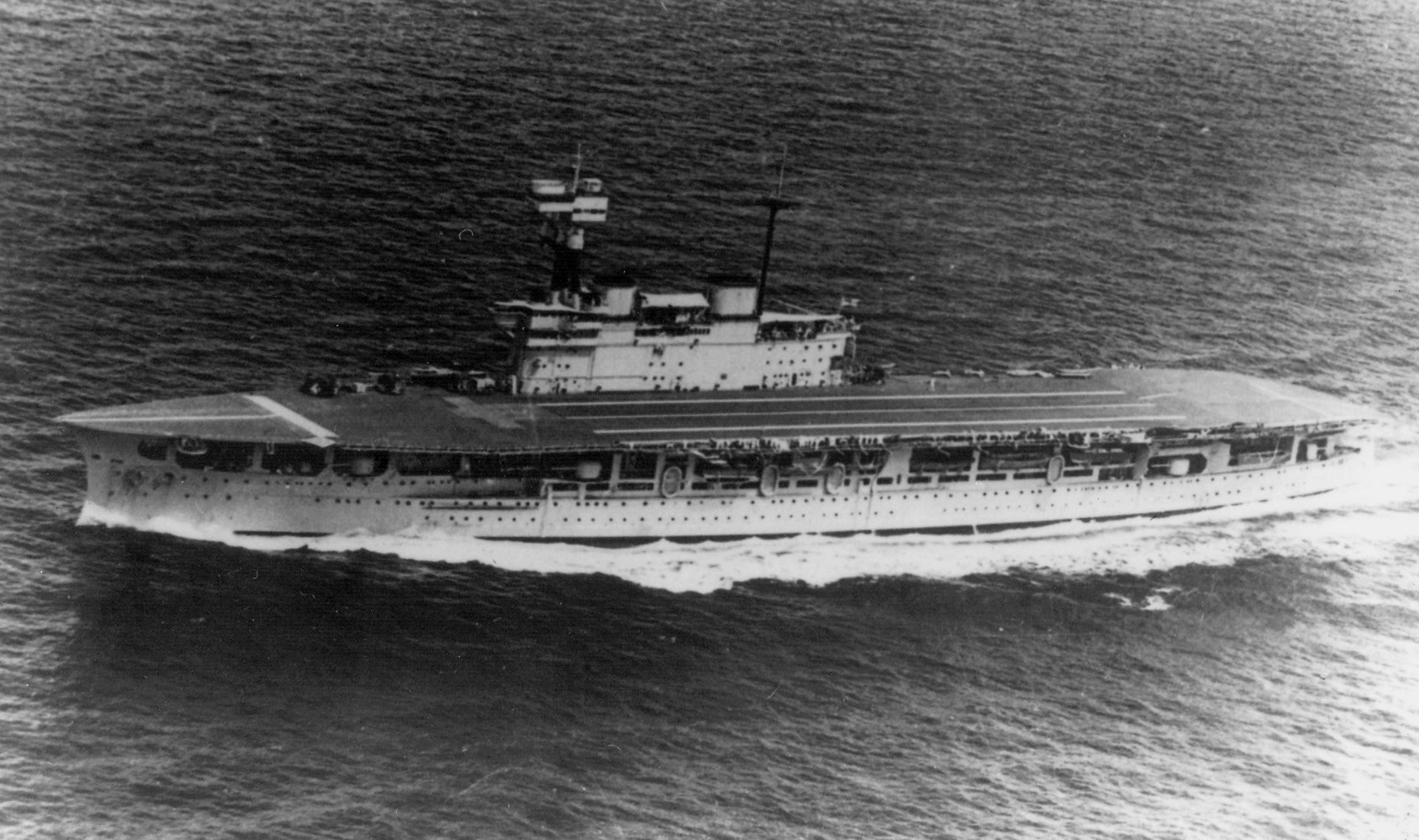 The Royal Navy aircraft carrier HMS Eagle underway. The U.S. Navy give the date as 1942, but due to the lack of camouflage and wartime modifications this photograph was probably taken in the 1930s.

The French aircraft carrier Béarn in the 1940s. 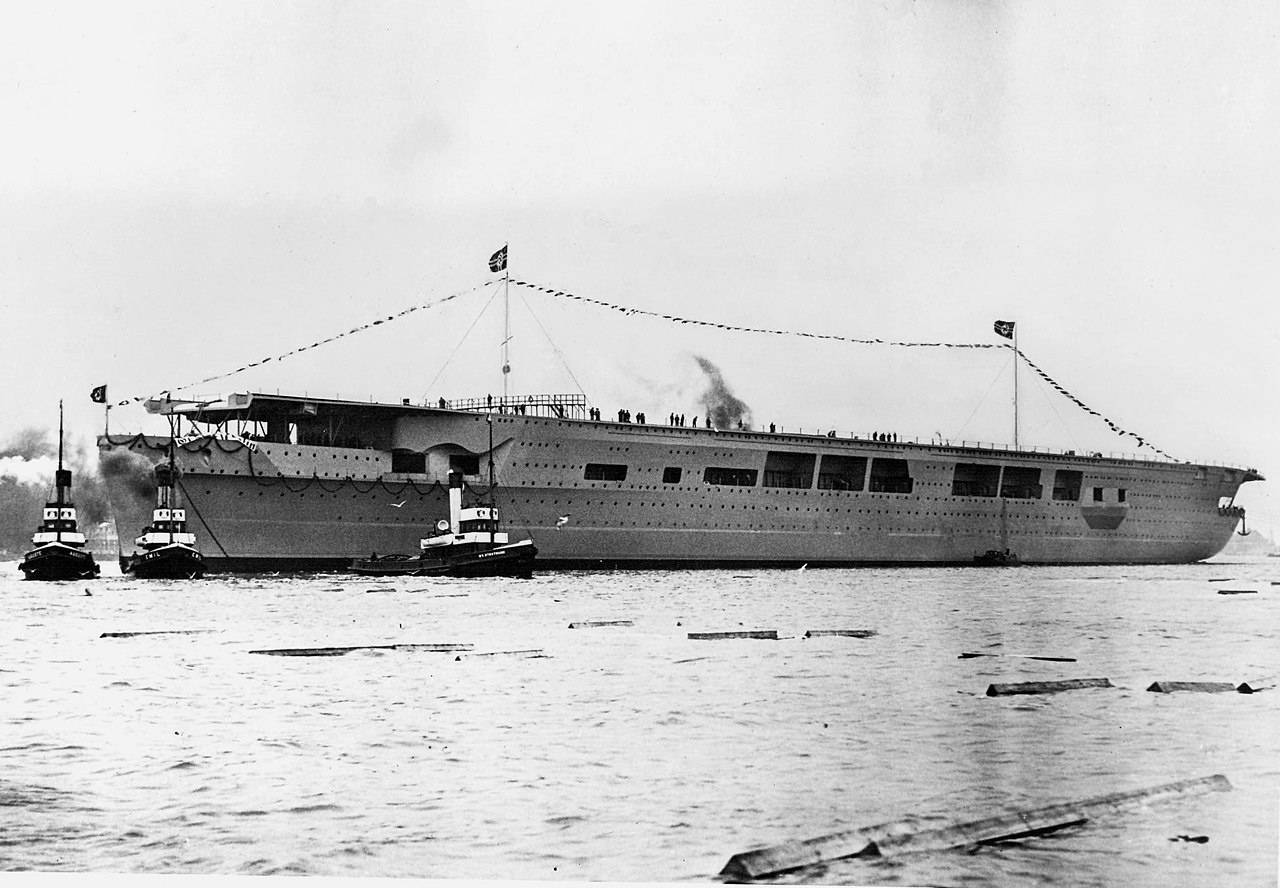 Graf Zeppelin, the only German aircraft carrier to be launched 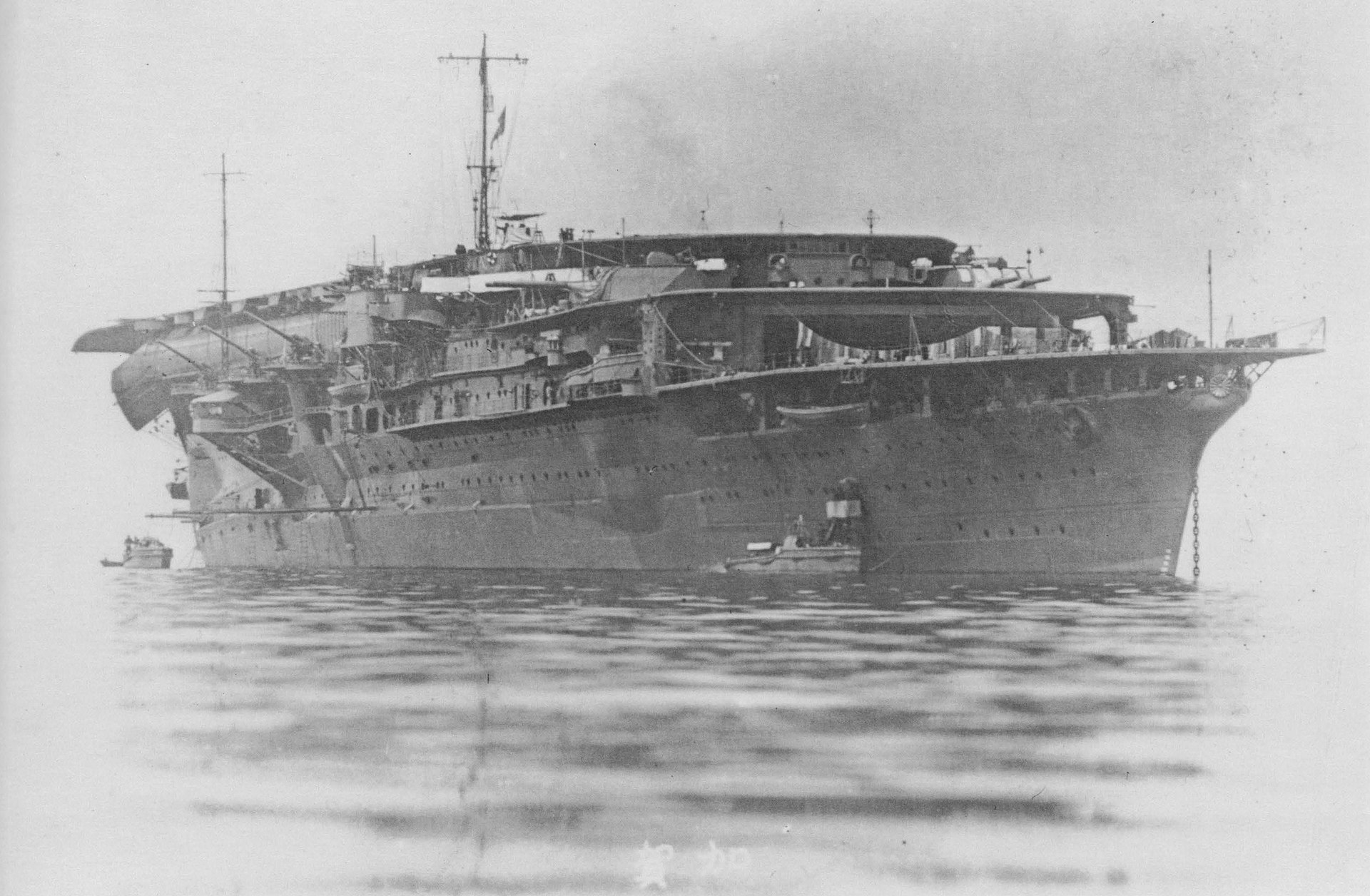 Kaga as completed, with all three flight decks visible 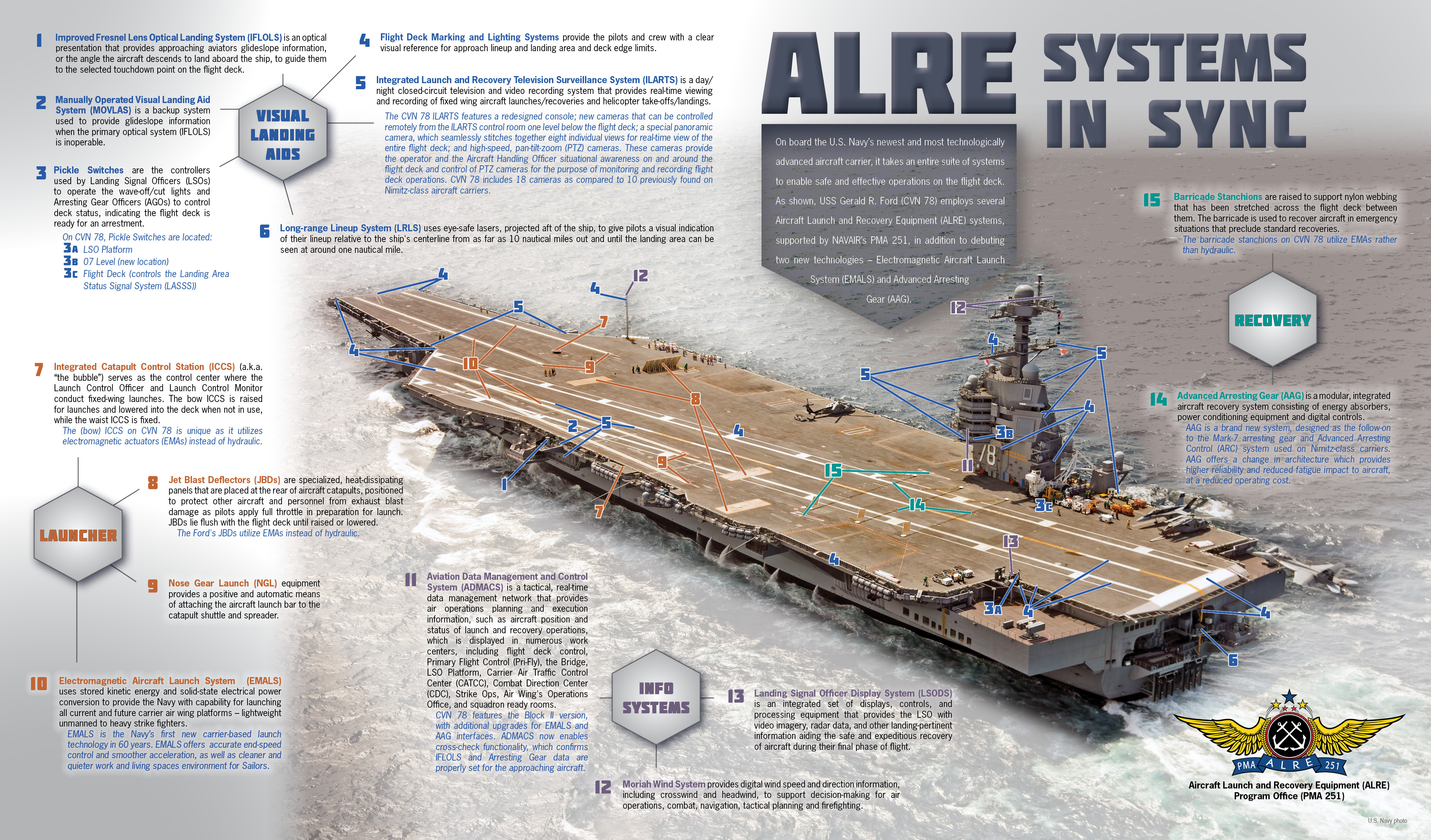 De Eyes of the Fleet