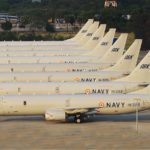 India’s naval aviation, which was overwhelming equipped with Russian and Soviet era hardware, has emphasized supplies from the United States to bolster its maritime surveillance and anti-submarine assets. The latest acquisition is a contract for the supply of 24 Sikorsky MH-60 Romeo helicopters signed in February 2020. These helicopters, intended for ship-borne anti-submarine duties, will [...]